KAMULI – A national NGO has launched a drive aimed at fighting teenage pregnancy and enabling the girl child to access good education, put an end to sexual violence among others.

According to the recent Uganda Demographic Health Survey (UDHS), 25 percent of adolescents aged 15-19 in Uganda have begun childbearing.

“The issue of adolescent fertility is important on both health and social grounds. Children born to very young mothers are at increased risk of sickness and death,” the report reads.

“Teenage mothers are more likely to experience adverse pregnancy outcomes and are more constrained in their ability to pursue educational opportunities than young women who delay childbearing.”

It’s from this background that local communities have been urged to hold collective responsibility on parenting to increase retention of the girl child in schools.

This according to Kamuli district vice chairperson Vincent Galinsansana will address the teenage pregnancy and child marriages that are high in the eastern parts of the country.

Mr. Galinsansana made the remarks during a whole-day mentorship workshop held at Joy Nhume Guest House in Kamuli District this week.

The workshop was organized by Trailblazers Mentoring Foundation (TMF) an NGO working in seven sub counties including Nawanyago, Balawooli, Bulopa, Balawoli, Budhatemwa and Wankole all in Kamuli district with the aim of increasing  access, participation and completion rates of children at all categories to quality education. 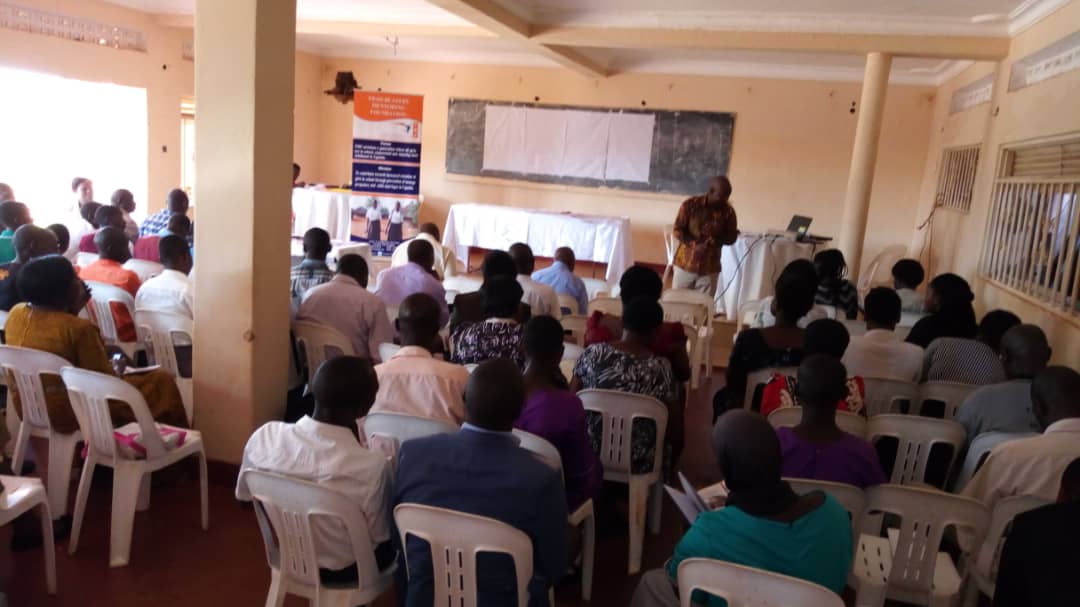 He called upon parents to talk to their children about sex and its impact so that they are advised early enough.

“But overall it is our responsibility to ensure that the high rates of child marriage in this country are brought down,” said Mr. Galisansana tasking the community to take action on the alarming rates of teenage pregnancies in his region.

Joyce Atimango, the Trailblazers Mentoring Foundation executive director noted that child marriage and early childbearing remain common despite legislation against them and that statics from numerous studies conducted by government and UNICEF indicate that violence against children are worrying.

“Ministry of Education carried out a study about four years ago and the statics were really alarming,” she noted adding that about 77 percent of girls in primary schools are sexually abused while about 82 percent of those in secondary schools are facing sexual violence.

Interesting to note is that 66 percent of girls are defiled by their teachers according to a validation exercise conducted recently.

Ms. Atimango urged stakeholders to play their role to ensure that children are safe against the blatant injustice.

She said that the workshop’s major aim was to employ a multi sectorial approach by all stakeholders to increase access to social services by adolescent girls and boys.

“We want to see the multi-sectorial approach where health, protection, education and community all come in to increase access to social services by the adolescent girls and boys,” she said.

This Programme according Ms. Atimango is trying to address about nine critical issues that are faced by the children in Uganda.

These include low access to education, low participation of the children completion, HIV in children, teenage pregnancy, and child marriage among others.

She noted that her organization is also working on realizing economic inclusion of the girls, and strengthening cooperation among different partners.

A similar exercise was, Thursday May 2, conducted in Iganga District.