KAMPALA – Amidst all the drama and outrage surrounding singer Rema Namakula’s ‘Kukyala’ with Dr. Hamza Ssebunya, Eddy Kenzo has released screenshots of his WhatsApp conversation with baby maama.

Kenzo was Rema’s ‘husband’ for some time but the couple separated on unknown grounds and later Rema found new love.

Last week on Independence Day, Rema introduced Sebunya to her parents, marking the end of the artiste’s relationship with Kenzo.

During the ceremony, Sheikh Muzaata, who was one of the guests, hit at Kenzo for taking Rema for granted.

In one of his statements, Muzaata said ‘genda owase nyoko’ literally meaning ‘go and marry your mother’, something that has since given Kenzo sleepless nights. 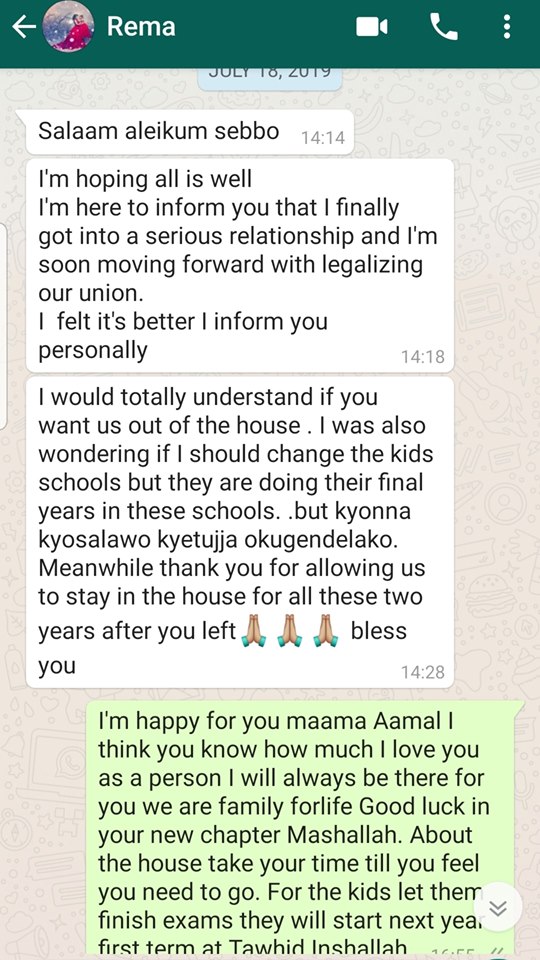 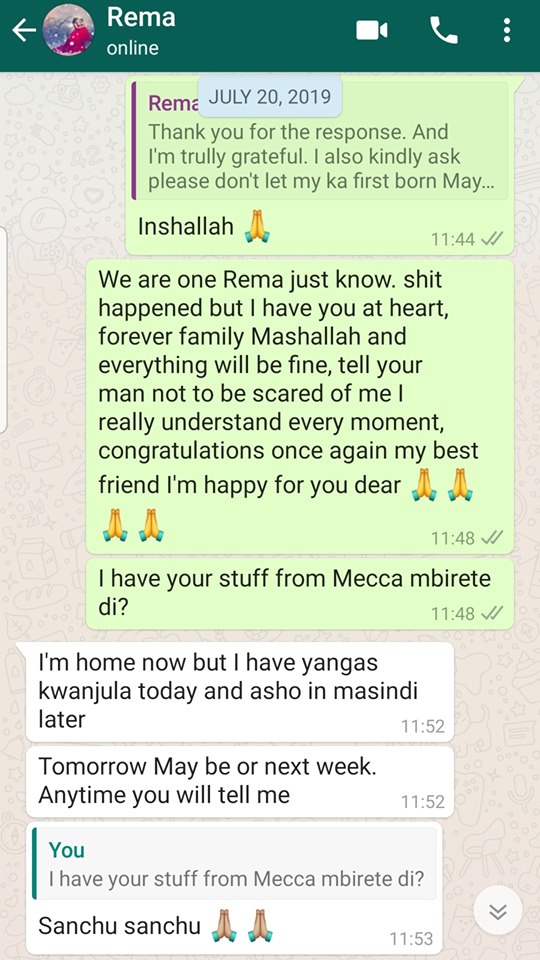 In reply, the artiste asked Muzaata to apologize or else he (Kenzo) will not perform again in Uganda.

On Tuesday 15 after promising to break the silence in a live Facebook video, Kenzo has released the screenshots of his previous conversation with Rema saying that his all problem does not concern her but rather Muzaata.

According to the released screenshots, the couple had separated two years back but Kenzo still loves baby maama.