EC targets 900 voters per polling station ahead of 2021 elections

KAMPALA – The Electoral Commission Chairperson Justice Byabakama Simon has released guidelines for the reorganisation of polling stations in preparation for the 2021 general elections.

According to the August 19 document, polling stations with a voter population of more than 900 voters or 1200 in Kampala and Wakiso shall be split into two or more polling stations.

“Polling stations clustered into polling centers originally split on the basis of the alphabet shall be rationalised, then split and relocated considering villages where voters come from, and the optimum number of voters per polling station shall apply. This may or may not warrant creation of an additional polling station,” reads an excerpt.

Adding that ” if a parish has more than 2 polling stations and the total number of polling stations for the two does not exceed 900 voters, these should be merged. The merger can be only stayed if there are perculiar issues eg long distances to be covered by the voters.”

The exercise will entail the following activities or actions:

-Identification, by the Returning Officer, of Parishes/Wards and Electoral Areas without any Polling Stations.

– Identification, by the Returning Officer, of Polling Stations for splitting,merging, renaming, relocation or closure.

-Reorganisation Meetings to consider proposals and adoption of recommendations for creation of new or splitting, relocations, merging, closure of Polling Stations.

-The Reorganisation Official shall compile all the recommendations on the RPS 1 & RPS 2 Forms, sign and submit returns to the Sub Countysupervisors. 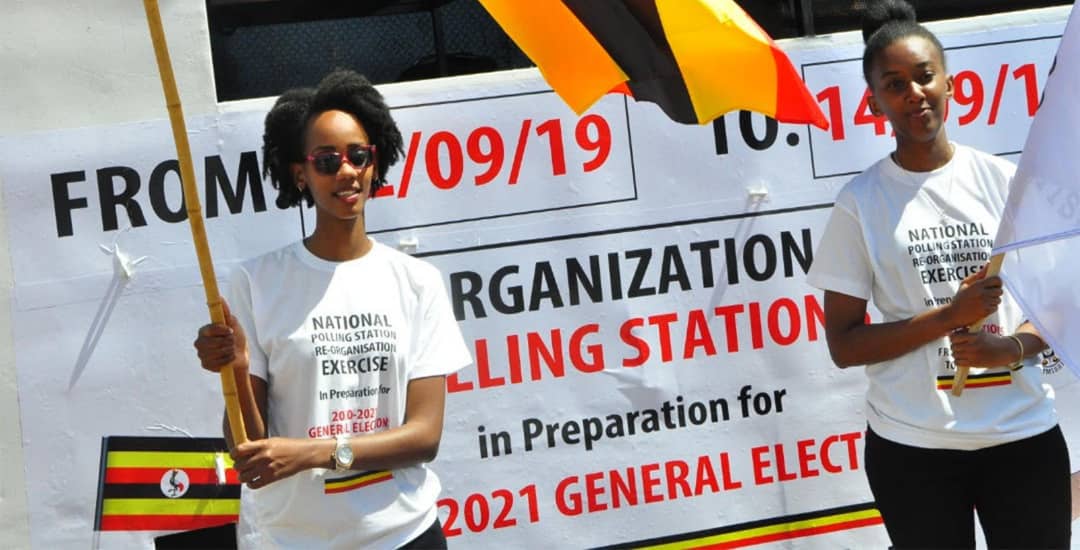 On Wednesday, August 28 the reorganisation of polling stations was launched at the EC headquarters. Asked the reason for reorganizing polling stations, Justice Byabakama said the sensitisation campaign is necessary because ever since the last elections, the government created new districts, local counsels, municipalities among others.

“As the EC, it is our role to create polling stations in these newly created areas and in order to do this, we need to work with people in these areas since they know their areas better and our intention is to make it easy for voters to locate their polling station easily,” Mr Justice Byabakama noted.