KAMPALA – Hundreds of Bushenyi-Ishaka Municipality residents on Thursday took to the streets to demonstrate against the planned sale of Kabagarame Pork Market.

Holding placards that bore words of ‘Kabagarame, Afazari Nkuroga Wakwata Ahari Kabagarame’ the residents vowed to fight to the end to save their market that has been lined up for auction in order to recover money the Municipality owes to a businessman.

Led by area MP Gordon Arinda aka Cowboy and district chairman Jaffar Bassajjabalama, the residents started the March from the market in question up to Bushenyi Ishaka Municipality headquarters where they gathered to show their concerns.

Cowboy vowed to fight to save the market, which he said is a source of livelihood for thousands of people.

The demonstrators handed over the petition including over 2000 signatures to the area MP to take to president Museveni so that he comes and rescues their pork market.

Mbarara High Court Deputy Registrar Amos Kwizera, in a ruling issued last Friday, directed Best Associated Auctioneers and Court Bailiffs to sell the land on which the pork market, and a residential house of Ishaka-Bushenyi Municipality Town Clerk, among other properties, within 30 days to recover Shs187m million the local government owes one Manfred Muhumuza and others. 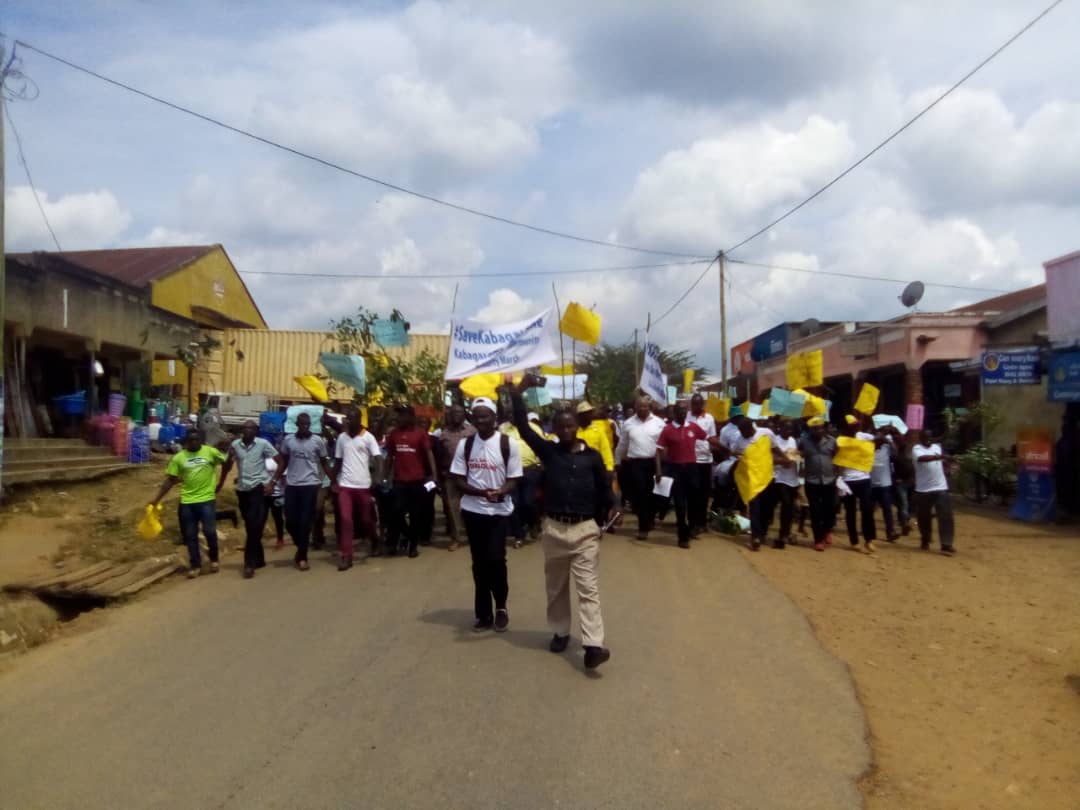 Mr Muhumuza and others had earlier defeated the municipality in the chief magistrate’s court, high court, and court of appeal over ownership of parkland.

When contacted, the town clerk, Mr Didas Muhanguzi, acknowledged the court order and said the municipal authorities are trying their best to clear the money.

He added that the municipal council recommended they should pay off Mr Muhumuza and his colleagues but are yet to find the money.

The impending sale of the market land is bad news to over 2000 people who turn up every week at the establishment to just eat pork and catch up. The market only opens on Saturday. Kabagarame is located about 350 kilometres southwest of Kampala in Kayojo cell, Ruharo ward, Central Division, Bushenyi-Ishaka Municipality in Bushenyi District.