GLOVES OFF: Keep emotions, politics out of Uganda Airlines and listen to critics, expert tells govt

KAMPALA – Government has been urged to keep emotions and politics out of the management of Uganda Airlines if the national carrier is to operate efficiently and profitably.

The Uganda Airlines, after launching its services on Tuesday, set out on its first commercial flight on Wednesday morning, to the excitement of many Ugandans, especially those in government.

But Dr Fredrick Muhumuza, an economist, says the national carrier should concentrate on operating as a commercial entity instead of being a burden to the taxpayer.

“We need to get emotions out of the airline business. The celebration of the maiden flight shouldn’t turn out to be a burden to our budget, it is already stretched. I’m still seeing politics as opposed to business in Uganda airlines. Let the politics live to benefit from the dividends. The pricing should be based on economic terms,” Dr Muhumuza says.

Many regional national carriers are struggling to break even and the economist insists that it is this side that the Uganda government should be assessing.

“When you see a lot of hype, you want to check for the reality in it. We’re already in the deep end of the swimming pool. We need to begin building opportunities right now. We’re going to be looking at the governance structure. If political interference is still coming in, we shall have to find away. The ownership question needs to come out to give a basis of the brand,” he says.

Dr Muhumuza says at the moment government should not ignore critics on the viability of the airline.

“If it doesn’t generate enough funds to meet its operational budget, it’ll haemorrhage the national budget and government will have to sustain it. At this point, we need to listen to the critics. We can’t go back right now, we can only go forward. But we need to continuously think about the downside risk so that you manage and limit their impact. If we must make the decision we took 18 years ago, we shouldn’t wait till it’s too late. They need to keep watching the market,” he said.

“They need to build it because they’re new in the market. People fly brands not birds. The old brand was eroded so they have to build this one. They need to have alliances. We need to listen to the sceptics and their messages because this is the beginning of this baby coming out of the mother’s womb. The mother is celebrating the birth of the baby but worried about its future. I want to see a big marketing team and not anchoring on big government officials. These people don’t pay, they accumulate arrears,” he added.

He also said the current charges for passengers are too low.

“The 45 dollars for the maiden Uganda Airlines flight is really low and I don’t think we’re supposed to start from there. We need to see that trajectory of getting into the business of making real money,” he said. 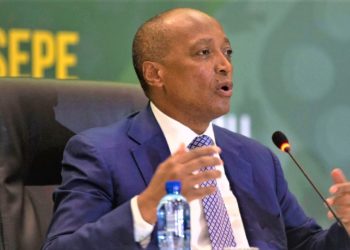