KAGADI – People Power leadership has unveiled a complete list of a team that is going to coordinate the pressure group’s activities in Bunyoro region ahead of the 2021 general elections.

The Bunyoro People Power coordinators were unveiled on Saturday afternoon by Barnabas Tinkasiimire, the Chief Coordinator of People Power in Bunyoro sub region, at a function held at his home in Busoiga Village, Kagadi district.

50 members were selected to coordinate People Power activities in all the seven districts of the region.

“People Power Bunyoro chapter today unveiled their district coordinators, under the stewardship of Hon Barnabas Tinkasimire, team leader for the regional coordinators of Bunyoro. We’ll keep conquering territory, all for the good of our country,” he wrote on social media.

These will work with other elected district executive members to strengthen and spread the People Power agenda in Bunyoro.

Mr. Tinkasimire challenged the coordinators to work as foot soldiers who will cause change in Uganda.

He decried the alarming rates of corruption, Land grabbing, insecurity, Unemployment, low prices for Agricultural produce and the sorry state of Health facilities in the country. 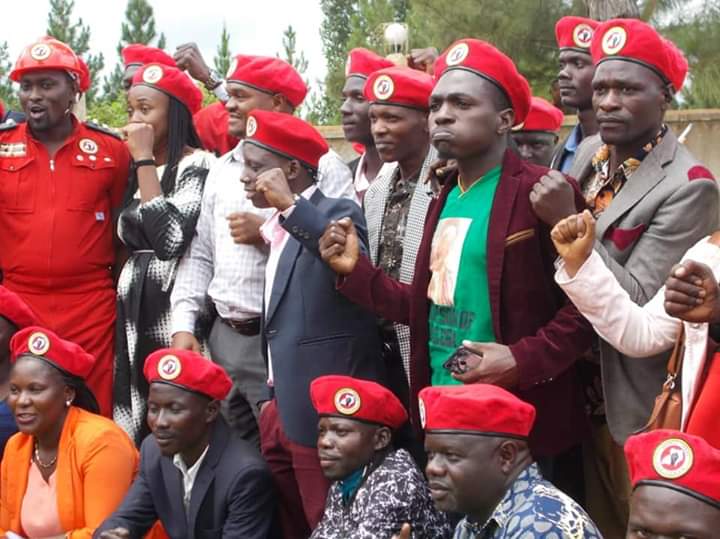 He said Bunyoro, as a region has not benefited anything from the ruling government apart from the critical oil roads that he says are being constructed with an aim of facilitating the oil activities.

He says if oil had not been discovered in Bunyoro, even the roads would still be in sorry state.