KIBUKU – President Museveni has on Saturday 6 advised the residents of Tirinyi Sub-County, Kibuku District to abandon traditional lifestyles and adopt modernity as the best way to increase on their income.

He first thanked residents of Tirinyi who he says gave him the highest number of votes across Bukedi sub-region in the 2016 elections.

“I thank residents of Tirinyi who gave me the highest number of votes across Bukedi sub-region in the 2016 elections,” he said.

Just like in his other recent lectures, the president urged residents to move from subsistence to commercial agriculture.

He said “I have explained to your leaders what you should do. They will come and give you the details.”

He, however, asked Bugwere people to stop the cultivation of rice in wetlands, which he said is rampant in the area.

“It affects our rain cycle. Instead, I would advise that you set up fish ponds on the fringes of the swamps, which is a more profitable venture,” said the president.

Mr. Museveni added that the NRM government is committed to helping Ugandans, especially those in the rural areas, to improve their living conditions through sensitization, education and empowerment. It explains why I am traversing the country at the moment, to explain how to create wealth. 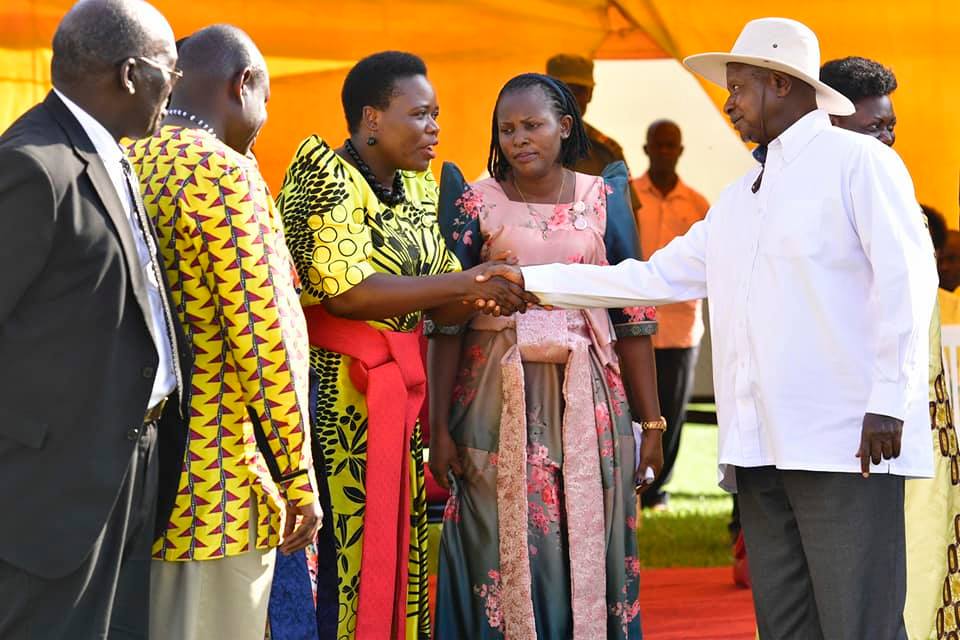 Addressing leaders of Bukedi Sub-Region at Elgon view grounds in Tororo Municipality on Friday, Mr. President asked them to sensitize the wananchi in the region on dangers of producing only for consumption. He emphasized that the aim should be produced for commercial purposes through modern farming practices.

“Leaders should help people come out of this dangerous situation. People learn by listening. That’s why I am here to share with you what I know. At least God will not ask me why I didn’t tell you,” he said.

Mr. Museveni, who distributed his books that summarise his struggle against poor and traditional agriculture, especially within the people of the Ankole Sub-Region, urged leaders to internalise the message of wealth and job creation and transmit it to the wananchi.

COVID-19 CRISIS: Museveni says media is a key service, they should be at work just like other key service sector personnel!