TORORO – President Yoweri Museveni has on Wednesday advised to the advantage of the good infrastructure that the government has provided for them to produce more goods and services, sell them and earn more for their families.

Mr. Museveni was in Tororo on his first day of the wealth creation sensitization campaign in Bukedi sub-region.

Before addressing leaders who had gathered in Senior Quarters, Mr. Museveni commissioned newly-built roads in the municipality.

“Residents of Tororo should take advantage of the good infrastructure to produce more goods and services, sell them and earn more for their families. The Shs18b used to construct these roads in Tororo should not go to waste,” urged Mr. President.

In the region, the president also handed over land titles to 10 families that are part of 500 customary landowners in Bukedi sub-region who have been helped by the government to certify their land ownership.

“This should give them the security of tenure, reduce conflicts and spur production,” he said

Later, he met the leaders and took them through his wealth creation message, saying that “Like I have indicated before, the four ways in which to create jobs is through commercial agriculture, industries, services and ICT.”

He asked leaders to always explain the four-acre model where the government stresses the growth of high-yielding and high-return crops like coffee and fruits such as apples, passion fruits, among others.

“With most of our people engaged in subsistence farming, the challenge is to help them get into commercial agriculture,” he urged. 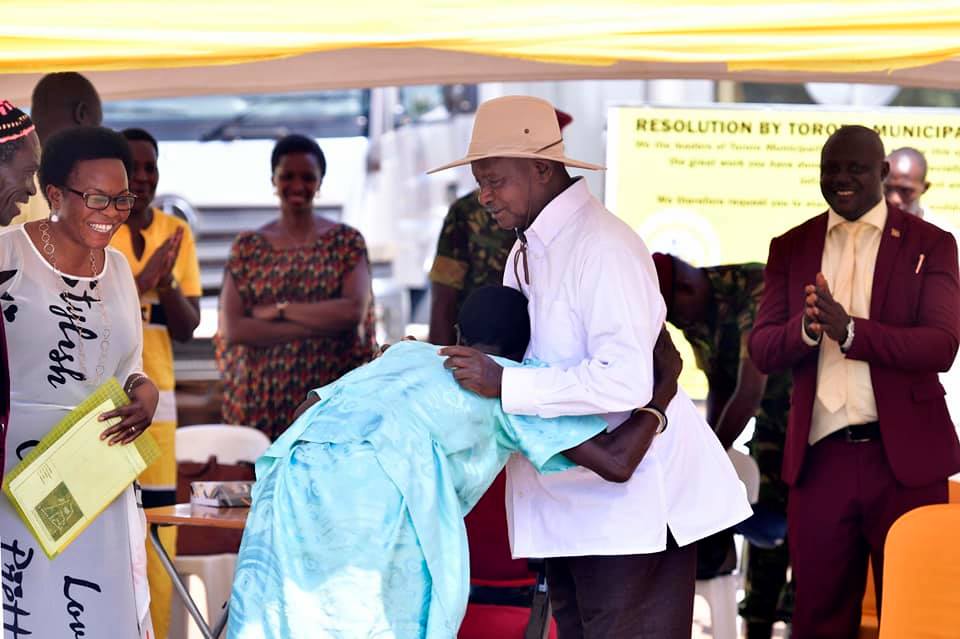 In his lecture, Mr. Museveni said that one acre can be dedicated to the growth of food crops, while another should go to pasture to feed animals (Fresian dairy cattle) kept in the backyard.

“This can be complemented with poultry, piggery, and if near a swamp, fish ponds.”

“If we do this and leaders continue educating our people, there is no doubt the 68% of the population in subsistence farming will get into the money economy. Let us also desist from fragmenting land when bequeathing it as inheritance,” cautioned Mr. President.

It's all illogical! Full transcript as Sudhir lawyers trash BoU submissions in UGX. 397b suit

DR Congo: Over 1M people to be vaccinated in Phase 2 of Huge Cholera Vaccination Campaign

DR Congo: Over 1M people to be vaccinated in Phase 2 of Huge Cholera Vaccination Campaign