KAMPALA – The US Ambassador to Uganda, Deborah Malac has advocated for the girl-child in her appeal to the government of Uganda to empower women by investing in their health and education to alleviate gender-based violence.

She made these remarks at her residence in Kololo on July 4, 2019, during the United States Independence day celebrations that were also attended by Prime Minister, Dr Ruhakana Rugunda who stood in for President Museveni.

“Infrastructure is important for long term economic growth and development, but it cannot come at the expense of investments in education and health because human capital is equally as important as infrastructure, ” remarked H.E Malac on Wednesday.

She added that the US government is investing a lot in women empowerment programs to make sure that Ugandan women and girls have enough access to quality education. 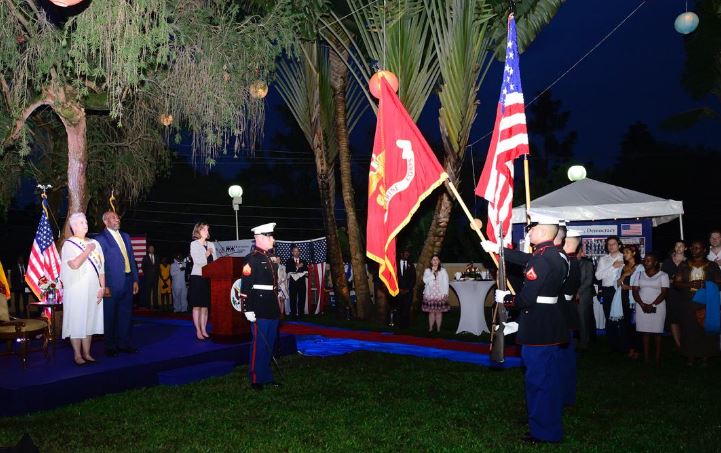 She also revealed that the US government is more focused on the health of women and children together with the prevention, Care and treatment of HIV/AIDS in Uganda.

“When the government focuses on health, education and poverty, gender-based violence and inequality will be solved in among Ugandan women and girls.” She remarked.

Speaking at the same event, Uganda’s Premier, Dr Ruhakana Rugunda, who had represented the Head of state, said that the government is grateful for the support from the US and will maintain cordial relations between the two nations.