The received 6000 chicks came along with feeds for three months.

The UPDF-AF spouses SACCO was started for purposes of improving the welfare of soldiers’ wives so as to supplement on the income of their husbands.

The SACCO has 70 fully paid-up members and they have their administrative structures fully monitored and supervised by Air Force Administration.

The Director-Personnel and Administration UPDF-AF Col. Rebbeca Mpagi acknowledged the government efforts through NAADS programme for greatly changing the lives of Ugandans economically.

“On behalf of Air Force, I thank NAADS for considering the spouses of our soldiers to also benefit out of this government program,” she said.

Col.Mpagi called upon the spouses to embrace this opportunity and guard it jealously in order to earn out of it and support their families economically.

She also advised women not to sell the chicks, urging them to work hard and take good care of them until the right time to benefit from it and also make good accountability of the government program.

“We shall follow up the project and inspect all the groups for proper accountability and prosperity ” Mpagi added.

The chairperson of the SACCO Mrs Doreen Birungi welcomed the opportunity and encouraged fellow women to put much effort to sustain the project.

Doreen appreciated UPDF-AF administration for always being supportive to all women projects and promised they will excel and raise the flag of wives of soldiers high.

Mr Patrick Muwanguzi on behalf of NAADS encouraged the beneficiaries to work hard in order to benefit out of the new project. 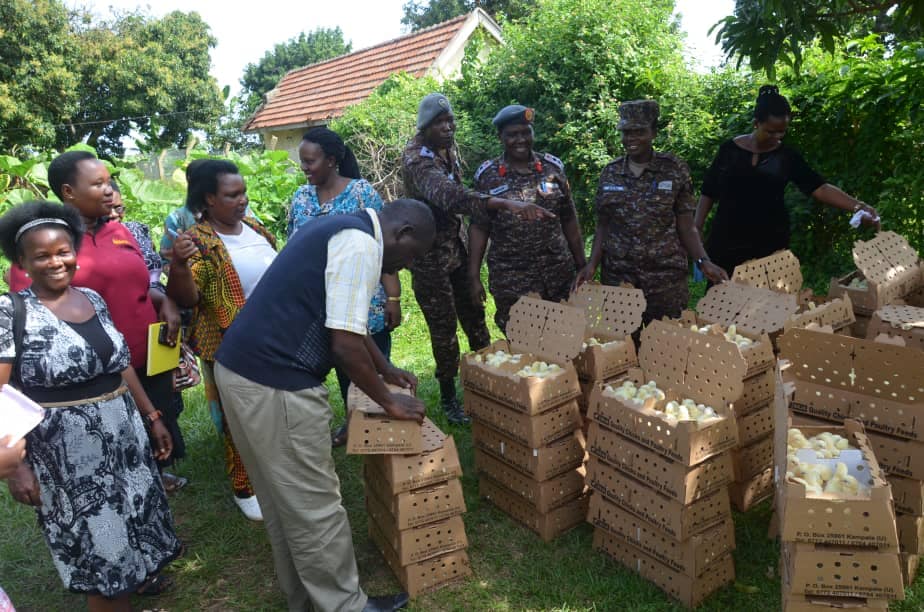 He cautioned them against the common mistakes other groups do and loose the chicks like poor feeding and wrong timings.

“Time of feeding and cleanliness should be a must for the chicks to survive,” he added.

Mr Muwanguzi said he will always be available in case there is any advice required from him by any of the members.