KAMPALA – Facebook, WhatsApp and Instagram suffered major outages since Wednesday, with reports indicating that images and videos were not loading, which impacted users in the Africa including Uganda, USA and Europe.

DownDetector, a platform which tracks website issues in real-time, recorded a huge spike in problems across some of the biggest social networking platforms in the world.

A slew of users took to Twitter to voice their frustrations with the bugs and glitches—and it’s not the first major online outage this week.

“Can’t view any pictures on Messenger and I can’t attach or see any pics in anything on my News Feed, comments and posts,” one person complained on DownDetector, discussing Facebook. Another person added: “No pictures are loading, and I can’t generate preview pictures on links.”

A Facebook spokesperson said the company was working to resolve the issues.

“We’re aware that some people are currently having trouble uploading images, videos and other files on our apps. We’re working to get things back to normal as quickly as possible,” a short statement read. 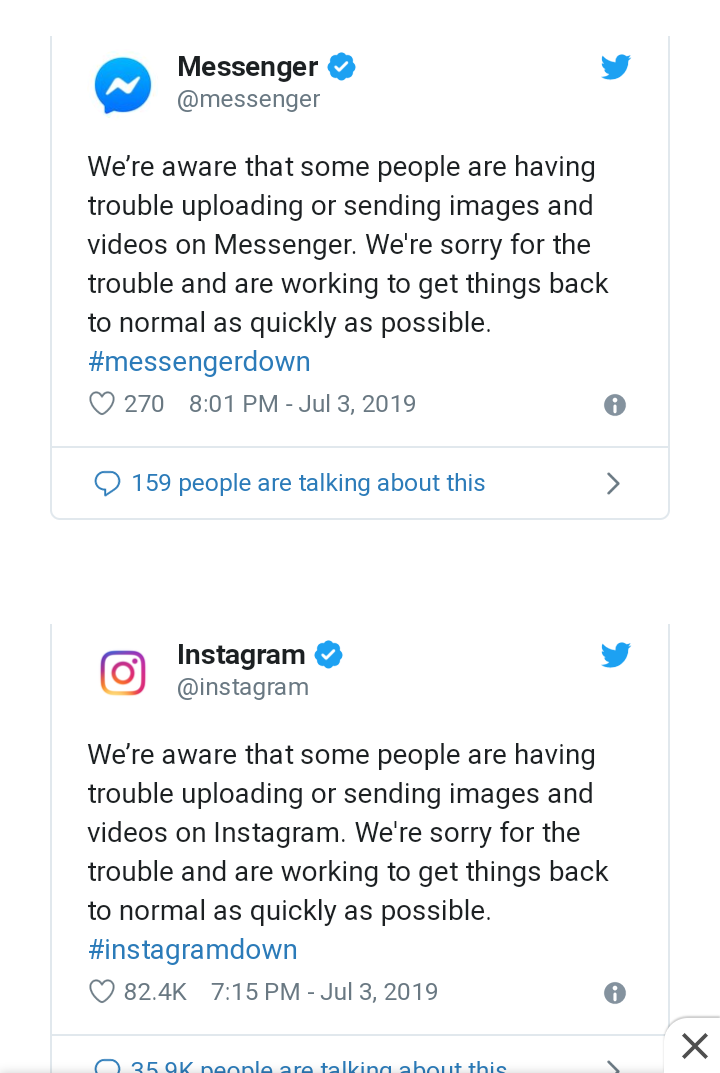 On Twitter, Ugandans highlighted the issues in a series of updates, explaining that the widespread outages appeared to be hitting Uganda.

But that didn’t last long. At the same time as the Facebook down-time, Twitter also confirmed issues were ongoing with its direct messaging feature.

It said in a statement: “We’re currently having some issues with DM delivery and notifications. We’re working on a fix and will follow up as soon as we have an update for you. Apologies for the inconvenience.”