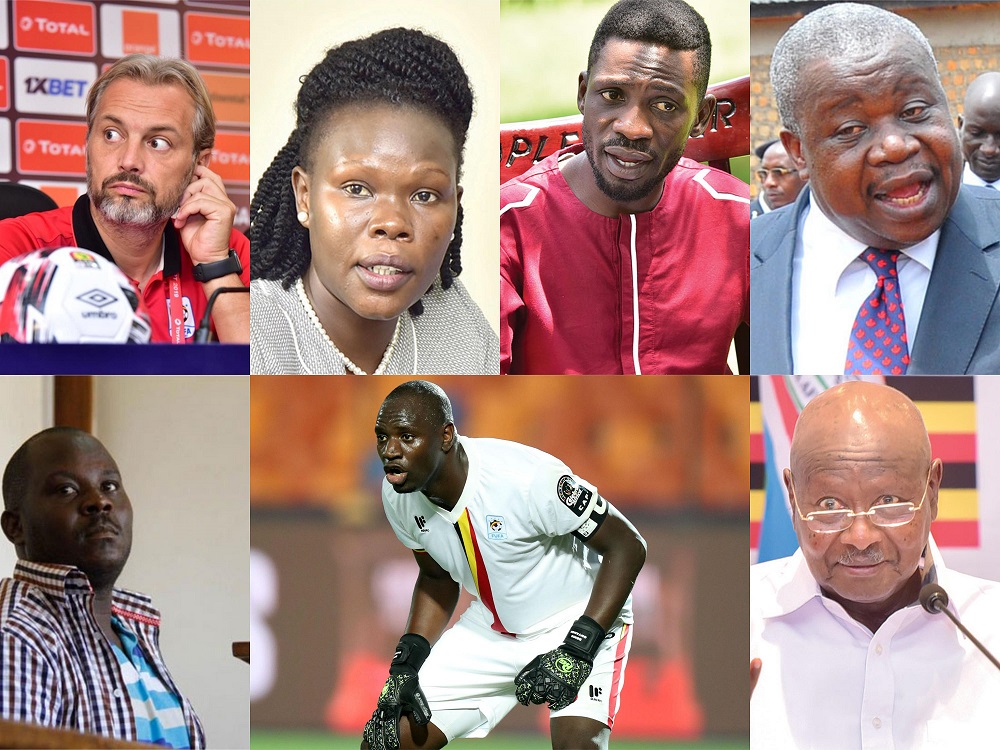 Following an uproar by sections of the public, the singer has since accepted that it was a very big mistake for associating with Mr. Museveni, claiming he was misled by fellow singer Moses Saali stage name Bebe Cool.

In the aftermath of the polls, there were also calls to boycott his shows.

On Monday, July 1, the High Court Judge Flavia Anglin Ssenoga sentenced  Muhammad Ssebuwufu and 7 others to 40 years in jail for murdering a businesswoman Betty Donah Katusabe in 2015 over Ugx9 million debt which was a balance on a car she had purchased.

“The convicts’ conduct and impunity were most despicable, they should not have taken law in hands. This action was premeditated with each of the convicts playing a part in the action. The deceased was repeatedly assaulted on her head and her abduction was as a result of fraud,” Justice Ssenoga ruled before sentencing the group.

The judge also noted that the convicts had sufficient time to reflect on their actions but it was all in vain and such offences negatively impacted on the victim’s family and community which was wrong.

Hardly a day after their imprisonment, the 8 filed a notice to appeal against the same.

In their jointly filed notice by their lawyers of Alaka & Co. Advocates and Ochieng Associated Advocates, the group asked the court for certified copies of the record of proceedings and judgment on their case in order to appeal against both the sentence and conviction.

Following the increased crime rates in Uganda, President Museveni appointed four army officers to senior positions in the police leadership in what is seen as the head of state’s confidence in army officers to resolve the rising armed robberies in the country.

In the changes, Col Sserunjoji Ddamulira was made the director of crime intelligence in the Uganda Police Force, police that was previously held by another army officer, Col Ndahura Atwooki who was returned to the army after Gen Kale Kayihura was sacked as IGP. Col Ndahura is now facing several criminal charges.

However, after the appointment, the opposition came out and criticized the decision by President Yoweri Museveni, to name four new Assistant Inspector Generals of Police, from Uganda People’s Defence Forces (UPDF) saying the move is aimed at militarising the army and warned Ugandans of tough times as consequence of this decision.

In the same week, Grade One Magistrate Isaac Kintu ordered police to arrest Kyadondo East Member of parliament Robert Kyagulanyi aka Bobi Wine and 9 others for failing to appear before court which took place in Gulu town.

The criminal summons came during the court sitting on Thursday 4, morning in a Gulu court.

Bobi Wine and 36 suspects are alleged to have on the 13th August 2018 stoned and smashed off the windscreen of one of the presidential car on the last day campaign for Arua Municipality by the election.

However, Bobi Wine commented through his social media platforms, responding to the criminal summons by the State saying that they are still cooking more charges because they are scared of him, adding that all this will come to an end.

“Meanwhile, in another ridiculous attempt to have the 37 of us framed over Arua, the state has brought a fresh charge against us! They are still cooking more charges because they are scared, but this will come to an end,” he posted.

Hon. Kyagulanyi also wondered which offence he and his colleagues had committed that annoyed the President!

On July 28, Mr Rukutana said he would not apply to the court for the removal of Mr Bemanya Twebaze, arguing that Minister Anite has no supervisory powers over the former.

After Ms Anite engaging in a war of words with the Attorney General, President Museveni handed the powers of managing the cash strapped public company to Justice Minister Maj Gen (Rtd) Kahinda Otafiire.

In a letter dated 3rd July, the President told Gen Otafiire that no one has the authority to make a decision on the fate of UTL without involving Cabinet.

In the field of sports, Football 256, said the Uganda Cranes players had refused to train on Tuesday, demanding payment of their allowances.

The team was supposed to have a session at the Cairo International Stadium at 7 pm (EAT), but did not turn up.

After reaching one of the players, Football 256, reported that the unnamed player was bitter, claiming that he and his peers need their allowances before resuming preparations for the game against Senegal.

Later on, FUFA came out and confirmed that they did not owe Uganda Cranes’ players any money.

FUFA posted a detailed explanation of the situation on their website, explaining how much has already been paid to the Uganda Cranes players.

Meanwhile, the team returned to duty late Wednesday night after holding two emergency meetings with FUFA, one in Cairo and the other in Kampala, and this saw the federation accepting to pay the extra $6000 that the players claimed to be owed.

However, Sadio Mane once again starred for Senegal as they defeated Uganda 1-0 in the Africa Cup of Nations round of 16.

The Liverpool forward scored the only goal of the game inside the opening quarter of the hour before missing a second-half penalty.

The reasons for the termination of the employment contract are for the benefit and growth of both parties.

FUFA recognises the contribution by Mr. Desabre for the improvement of the sporting and professional organisation of the Uganda Cranes inclusive of qualification to the AFCON 2019 Finals and also to the Round of 16.

Mr. Desabre is grateful to the people and the Government of Uganda, FUFA, Sponsors, Staff and the players that have provided him a good environment to fulfill his obligations in his first-time role as a National Team Coach.

FUFA will communicate any further development about the Uganda Cranes technical staff and future programmes of the National senior team in the nearest future.

The Frenchman replaced Moses Basena as head coach in December 2017.

About entertainment, Jamaican reggae star Jamar Rolando McNaughton alias Chronixx on Thursday afternoon arrived in Kampala for the MTN Uganda PulseJamFest that was to happen on Saturday at Sheraton Kampala Hotel.

On the D-day, by Midday partiers were seen clad in their red, yellow and green colours while the majority had dreadlocks.

The slay queens and Kings were not left behind as they were seen chilling at the Pulse Island that created a beach experience while others enjoyed, silent disco as others savoured to eats and drinks as the order for the day.

“We are all Africans!  that’s more than a tribe and we must live in unity as the partiers lit up the night with their phones, respect to all the artists, DJs and give thanks that music can unite all of us,” said Chronixx.

As it was about to clock midnight, It was as if the revellers just saw him and shouted more as if they had just started yet.

The show was for two solid hours non-stop leaving them yearning for more.