KAMPALA – Deputy Speaker of Parliament Jacob Oulanyah has flagged off the Nkesiga Foundation Cancer Walk at Nakasero Primary School Playgrounds, with a major call to the public to pull resources together and join the fight against the killer disease.

The DS said that each and everyone can contribute to the fight by taking the step towards healthy living through physical activity and exercise.

He also commended Rev. Diana who he says has committed all her life to see that we eliminate this disease. 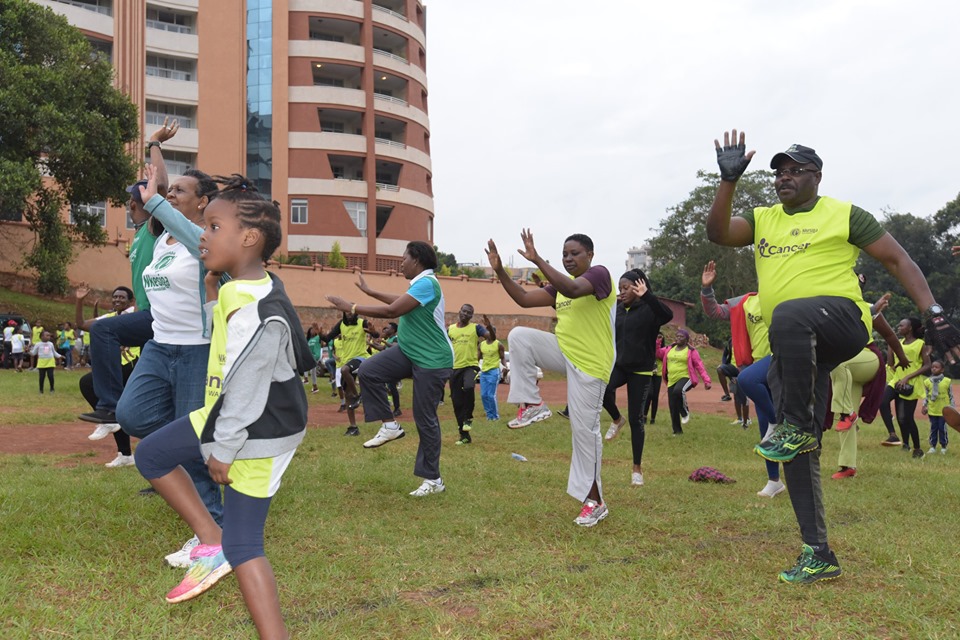 He revealed that the government is taking all possible ways to fight cancer and facilitate quicker diagnosis in the country.

Earlier, Deputy Speaker participated in an aerobics and fitness session ahead of the 5km and 10km cancer awareness walk(s) around Kampala.

On the other hand, the Rt. Hon. Speaker of Parliament, Rebecca Alitwala Kadaga has welcomed Prophet Uebert Angel to Uganda.

Kadaga was happy that the prophet was preparing to visit Kyando in Mayuge where Bishop Hannington, a martyr who is recognised in England and Uganda was killed by Chief Luuba in 1888.

He is also the founder of The Angel Organisation which is the parent company for his other business interests.