He was declared winner by the Electoral Commission at around 4:50am on Friday morning.

The seat fell vacant following the death of NRM’s Esrom Alenyo who was the district chairman.

Reports says the by-election was marred by allegations of voter bribery, voter intimidation among election malpractices others including the alteration of results from Alengu Playground pooling station where President Museveni held a rally on Tuesday this week. 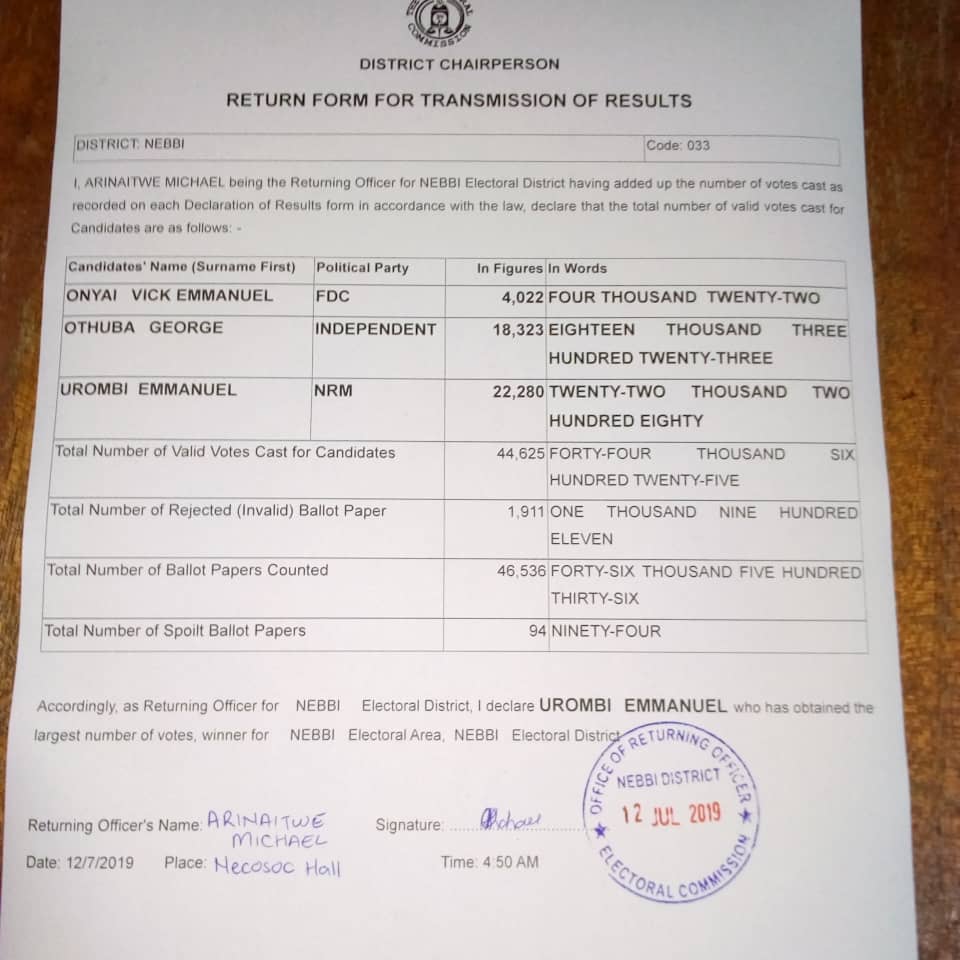 “Accordingly, as a return officer of Nebbi District, I declare Urombi Emmanuel who has obtained the largest number of votes, winner for Nebbi Electoral Area, Nebbi Electoral District,” the Returning Officer Mr. Michael Arinaitwe said as he declared the winner.

On Wednesday, July 10, the Electoral Commission banned press interviews of candidates during the polling process.

Usually, candidates could talk to the media after casting their votes which EC said ‘has been happening in error’ claiming such broadcasts are largely perceived to be another form of campaigns.