KAMPALA – The Permanent Secretary Ministry of Finance and secretary to the Treasury, Keith Muhakanizi has reappointed Godfrey Turyahikayo as the Rural Electrification Agency (REA) accounting officer for the financial year 2019/2020.

Turyahikayo’s contract which expired last month was this week renewed by the board after a directive from President Yoweri Museveni.

In a letter dated July 16th, 2019 and titled APPOINTMENT OF ACCOUNTING OFFICER RURAL ELECTRIFICATION AGENCY (REA), Muhakanzi says Turyahikayo has been re-appointed as the accounting officer for vote 123 of the financial year 2019-2020.

‘In accordance with section 119 (2) of the public finance management act 2015, you’re herby appointed as Accounting Officer for vote 123-Rural Electrification Agency (REA), with effect from 17th July for the financial year 2019/2020,” the read reads in part. 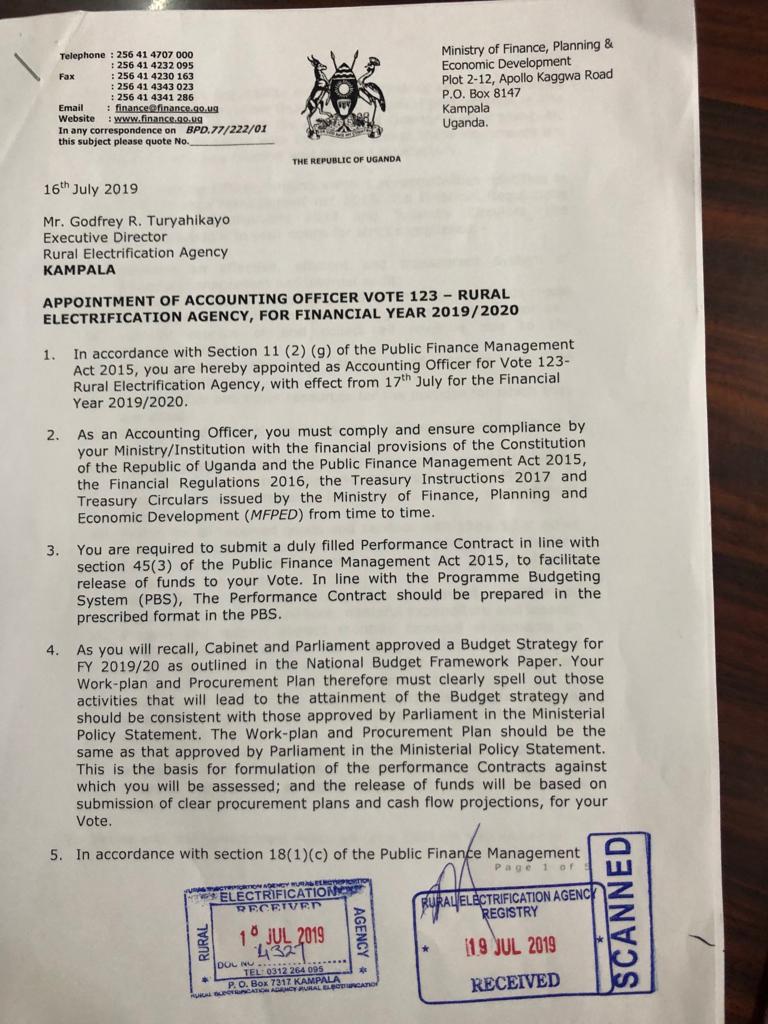 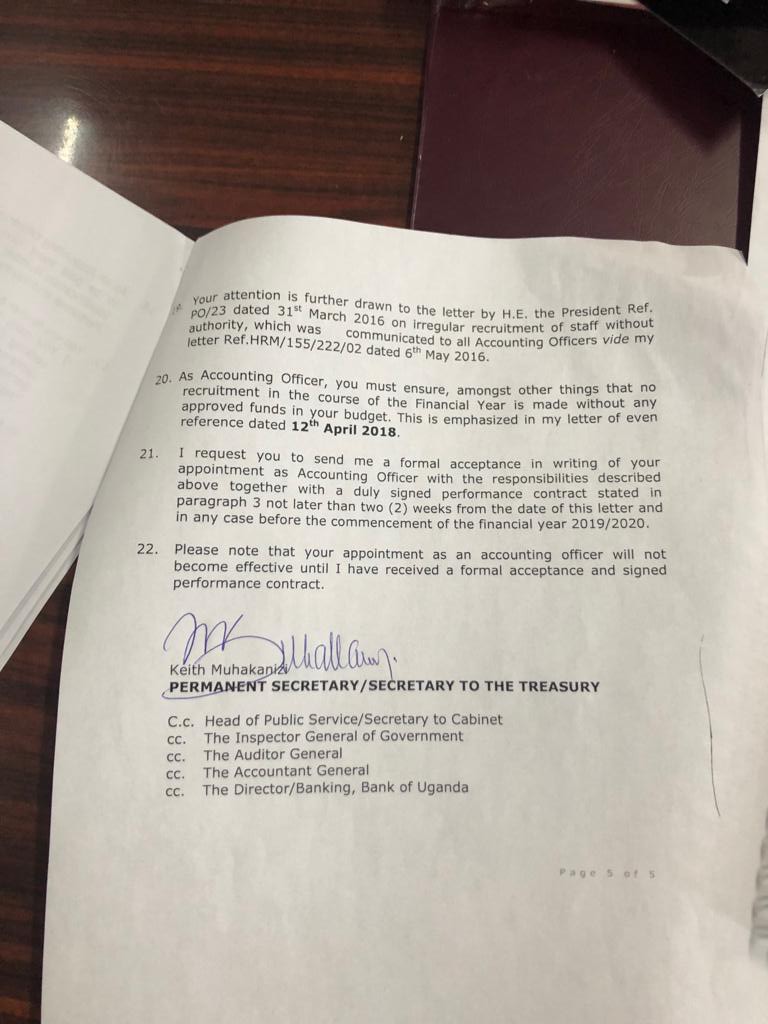 “As an accounting officer, you must comply and ensure compliance by your ministry/institution with the financial provisions of the constitution of the republic of Uganda and the public service management act 2015, the financial regulations 2016, the treasury instructions 2017 and the treasury circulars issued the ministry of finance, planning and economic development from time to time.”

Yesterday, sections of the media falsely reported that Turyahikayo had been dropped as the agency’s accounting officer much as he would remain the executive director.

The dropped accounting officers include Rogers Muhairwe of Police, Kagole Kivumbi (judiciary). The other two Rosette Byengoma (defence) and Christine Guwatudde applied requested to secede responsibilities of accounting to their under-secretaries much as they will remain permanent secretaries.

Since its inception in September 2003, the Rural Electrification Board through its Secretariat the Rural electrification Agency has made major milestones in scaling up energy access in Uganda. To date the Agency has realized over 10,000km of Medium Voltage and approximately 7,000 Km of Low Voltage distribution powerlines.

The current plans include targeting all sub-county headquarters in Uganda in $200M China Exim Bank-funded project.