KALUNGU – Nine districts have received a major boost after a massive agricultural project was officially launched on Wednesday, July 3, by FAO in partnership with the government of Uganda.

Dubbed “GCCA Plus,” the Five-year agricultural project has been fully funded by the European Union to a tune of UGX33.8 billion.  The project seeks to empower rural communities in most vulnerable districts of Uganda’s cattle corridor, to identify and adapt to climate change, through interventions that will also promote food security, income generation and sustainability of livelihoods.

The event was graced by dignitaries from the Food and Agriculture Organisation (FAO), the European Union Ambassador to Uganda, H.E. Attilio Pacifici, the Minister of Agriculture Animal Industry and Fisheries, Hon. Vincent Ssempijja.

The three dignitaries addressed the residents and district leaders of the beneficiary districts on the challenges that climate change has created and how they have partnered to mitigate its devastating effects. 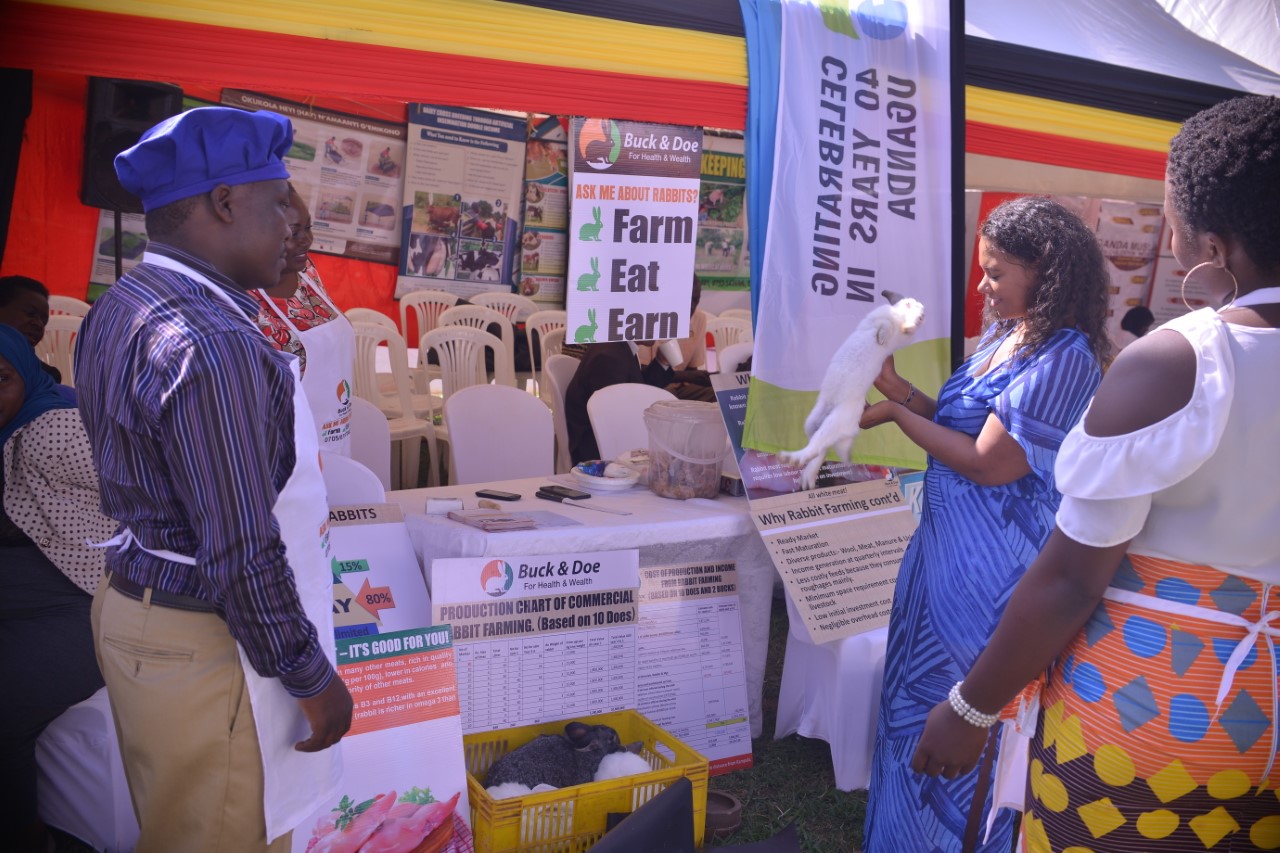 The project is being implemented by the Food and Agriculture Organization of the United Nations (FAO), together with the European Union (EU) and the Government of Uganda, through the Ministry of Water and Environment and the Ministry of Agriculture, Animal Industry and Fisheries, that collectively launched Phase 2 of the Global Climate Change Alliance (GCCA) Project.

The GCCA+ project, now in its second phase (2018 – 2023) and with funding of €8 million (UGX 33.8 billion) from the European Union, will help to scale up agricultural adaptation to climate change in Uganda, enabling rural households to become more resilient to climate change effects and food insecurity by promoting sustainable and gender transformation actions.

“Climate change seriously impacts our joint efforts towards sustainable development and is a clear and present danger to the world we know. We have an individual and joint responsibility to respond and to address this global challenge,” said European Union Ambassador to Uganda, H.E Attilio Pacifici.

The EU Ambassador also added that actions are urgently needed to preserve and expand key ecosystems such as forests, to use natural resources sustainably and to promote ecosystem services.

“The action we launch today is complementary to other EU supported initiatives in the sectors of transport and energy infrastructure and agriculture, which are all implemented with the goal of ensuring inclusive and sustainable social, economic and environmental development.”H.E Attilio Pacifici noted.

While officiating at the launch of the Project, the Minister for Agriculture, Animal Industry and Fisheries (MAAIF), Honourable Vincent Ssempijja called upon local political and cultural leaders to become ambassadors for climate change mitigation and adaptation in their localities by carrying out the basic recommended best practices in agriculture.

Between 2006 and 2016, 26 percent of the total damage and loss caused by climate-related disasters in developing countries was in the agriculture sector.

The new phase of the project builds upon the successful implementation of the first phase of the GCCA project, implemented from 2012 to 2017, which helped to make Uganda one of the leading countries in Africa undertaking climate change adaptation.

Uganda remains one of the most vulnerable countries to the impacts of climate change especially in the areas like the cattle corridor that is characterized by erratic rains, flooding, frequent and prolonged droughts, inhabited by communities dependent on rain-fed crop and livestock production systems.

Some of the interventions in Phase 1 included the construction of 15 valley tanks and rehabilitation of five old ones, the formation of 168 Farmer Field Schools, with about 4,000 farmer households, the establishment of about 700 hectares of bioenergy plantations to enhance sustainable energy production and formation of 400 farmer groups with over 10,000 farmers.

Phase 1 also witnessed the establishment of 380 plots to demonstrate and promote field adaptation practices for coffee. 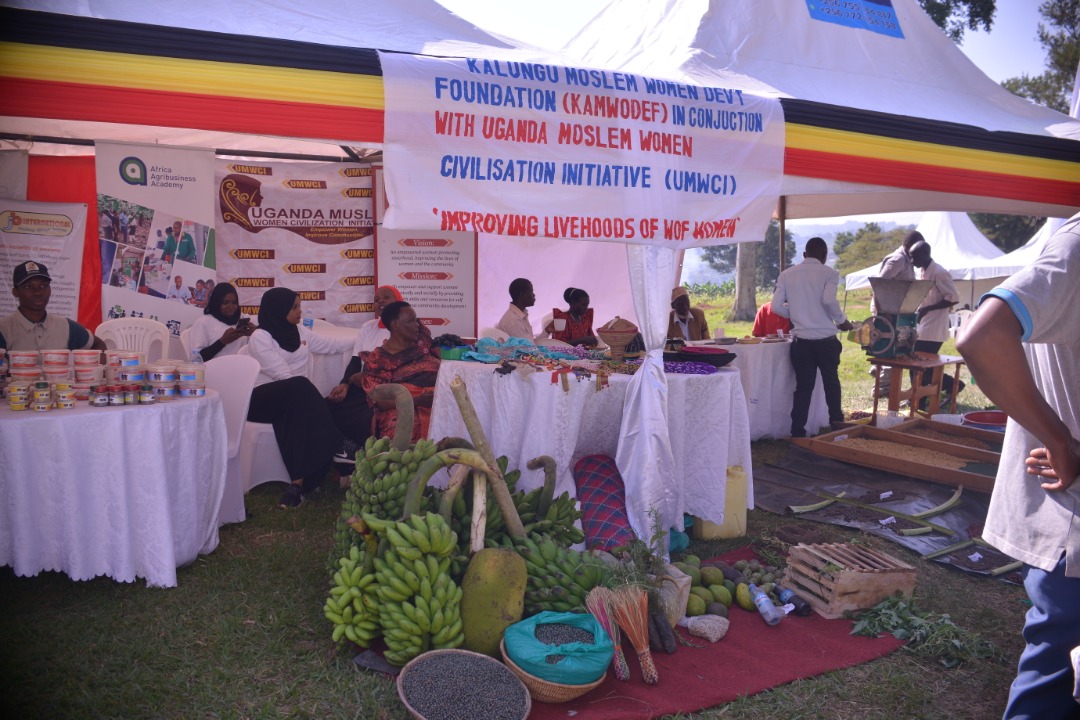 This new phase will witness the establishment of six valley tanks that will cater for about 12,000 livestock, distribution of 5,000 energy saving cook stoves, and installation of 300 small scale irrigation schemes benefiting 25,000 people in the nine beneficiary districts, among many other climate change adaptation interventions.

Speaking during the launch of the project at Kalungu District Headquarters, the FAO Representative in Uganda, Antonio Querido, emphasized the need for Uganda to adapt to and mitigate climate change impacts, because, with no action “in the coming decades, climate change will severely affect food production and have other catastrophic impacts depending on our choices as individuals and governments.”

“For Uganda, the next ten years are crucial to making a difference through effective, inclusive and efficient climate change actions. Building the resilience of people and the natural resources base that are adaptive to climate change while leaving no one behind through an integrated response is crucial if we are to succeed in our current efforts,” he said.

Mr. Querido further revealed that FAO will be working with Government of Uganda in the next five years to strengthen national and district knowledge and skills to support agriculture adaption and community resilience to climate change in 33 districts, with financial resources of about USD 30 million.