WHO, Ministry of Health meet to asses Ebola response activities

KASESE – The World Health Organization (WHO) and the Ministry of Health have on Wednesday, June 26 met to asses Uganda’s response to the current Ebola outbreak in Kasese District.

The WHO Regional Director for Africa Dr Matshidiso Moeti has appreciated the leadership of the government of Uganda and the partners for investing in Ebola preparedness and response.

“Thank you for acknowledging the value of this investment,” she said.

Ms. Moeti added that “I believe UGANDA has done the best in terms of developing the health system. It’s been almost a year since the country started investing in the preparedness for Ebola, with your support.”

The Minister of health Ms. Jane Ruth Aceng has appreciated the role of the media in covering the Ebola outbreak.

“I want to thank the media in Kasese and general media for correct reporting on this current Ebola outbreak. You are doing a wonderful job,” Jane said. 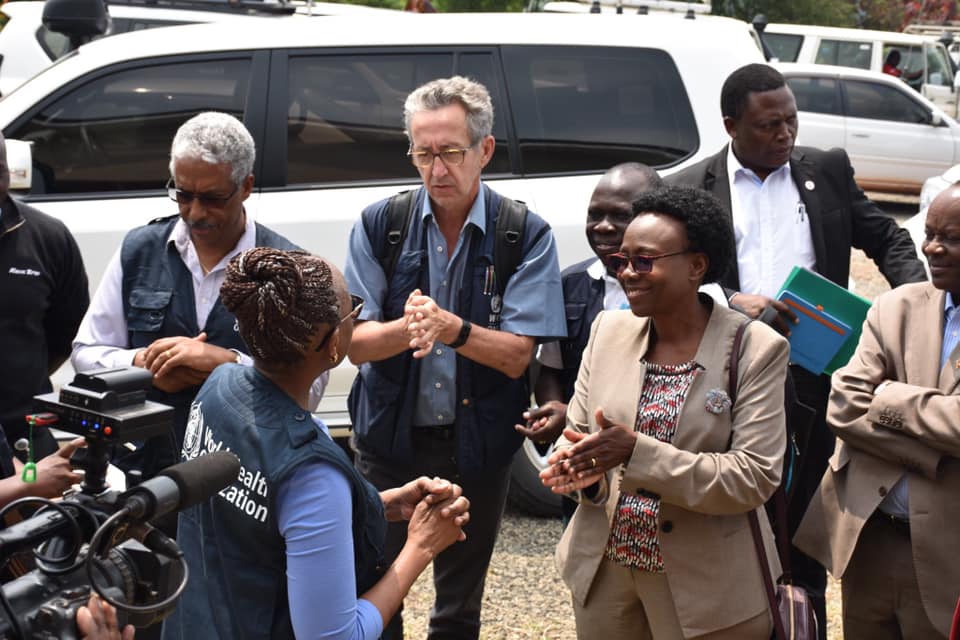 She further noted that teams are doing a good job in sensitizing the religious leaders, sub-county leaders about Ebola.

“Thank you for investing in the communities. Our strength lies in our community engagement… let us continue this good trend,” she remarked.

According to the ministry, Uganda so far registered three (3) confirmed cases of Ebola who travelled from the Democratic Republic of Congo (DRC) on the 10th June 2019.

A five-year-old boy was the first confirmed Ebola victim, his death was shortly followed by a 50-year-old Congolese woman.

The boy’s three-year-old brother is also infected and is currently undergoing treatment.

The three individuals were part of a family group that travelled to DRC to care for a relative, who also died of Ebola, before returning to Uganda.