KARUMA – The Uganda Wildlife Authority (UWA) has responded to a series of requests from communities neighbouring the Murchisons Falls National Park to keep elephants from raiding their farms and destroying their crops.

Only recently some people were killed by elephants as they were trying to protect their farms and property from the marauding animals which had left the park to forage outside where in particular almost ripe crops continue to attract them.

“A distance of 03Kms is being dug addition to the 2.5 more Kms being dug in Chepwor village Kiryandongo district using manual labour,” UWA officials noted. 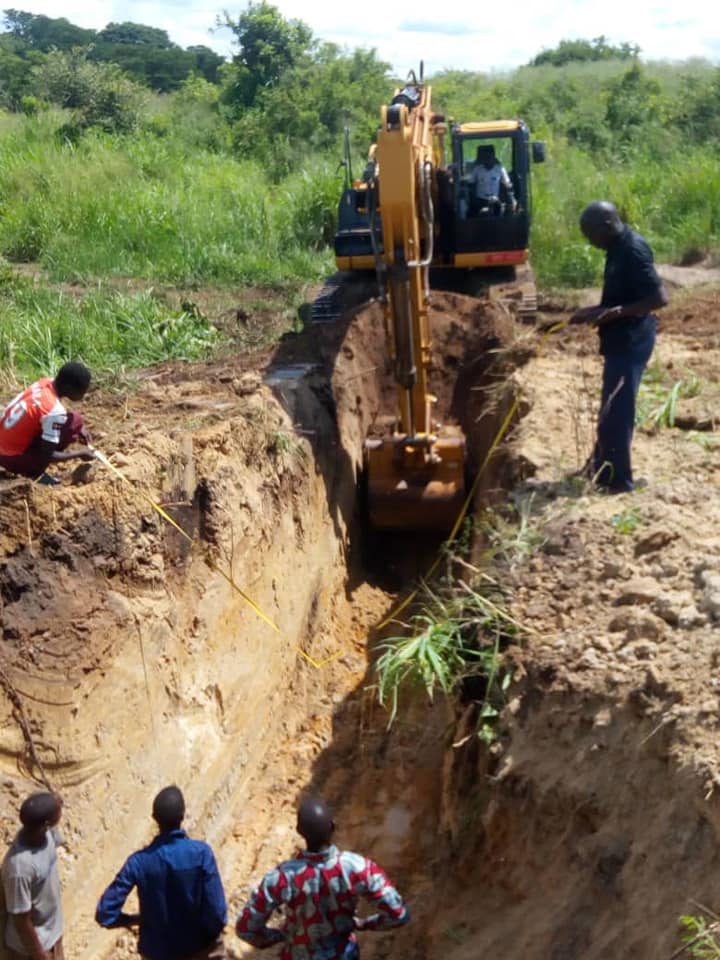 Uganda Wildlife Authority is a semi-autonomous government agency that conserves and manages Uganda’s wildlife for the people of Uganda and the whole world.

This agency was established in 1996 after the merger of the Uganda National Parks and the Game Department, and the enactment of the Uganda Wildlife Statute, which became an Act in 2000.

UWA is mandated to ensure sustainable management of wildlife resources and supervise wildlife activities in Uganda both within and outside the protected areas.

With 10 national parks and 12 wildlife reserves under its jurisdiction, UWA’s role in managing the country’s tourism industry and attracting investors to the sector has been a significant one. It also manages five community wildlife management areas and 13 wildlife sanctuaries. The challenges facing the management and conservation of wildlife and biodiversity in Uganda are myriad, and they include poaching, competition in the regional tourism market, human wildlife conflict and wildlife crimes.

Stakeholders, partners and communities that live around these protected areas have been employed to help tackle some of these issues.

The organization has also developed strategies within its management policies to help solve some of these challenges.