KAMPALA – The  Minister  of Works and Transport Monica  Ntege  Azuba has Friday  afternoon  inaugurated  the  seven  member  Board  of  Directors  of  Uganda Airlines, at the Entebbe International airport.

The minister says the interim Board worked tirelessly to reach “where we are.”

She has tasked the new Board to build on this and ensure good supervision to deliver on the Business Plan for the National Airline.

“I am confident that the New Board we are inaugurating today has the necessary competency to oversee the growth of National Airline and will do its best to meet the expectations of the Ugandans,” says the minister.

Minister Azuba noted that the aviation sector is a very sensitive, sophisticated and expensive industry, adding that “its customers attach a lot of importance on the value of time and quality of service.

“Likewise, Ugandans have high expectations for their National Airline”.

She also oppurtunistic that the enthusiasm that fueled the establishment of the National Airline will accompany its work throughout the years to come.

The minister noted that its success will make a substantial contribution to the development of Uganda and the EAC region as a whole.

This follows a Cabinet meeting chaired by President Yoweri Museveni  that approved the board of directors for the revamped Uganda National Airlines Company Limited.

The seven directors will be chaired by Mr. Ahabwe Godfrey Pereza a former MP for Rubanda East constituency and Minister of State for Local Government.

The Government Chief Whip, Ruth Nankabirwa told journalists at Parliament that the seven nominees were selected on the basis of experience and ability to oversee the revival of the national Carrier. 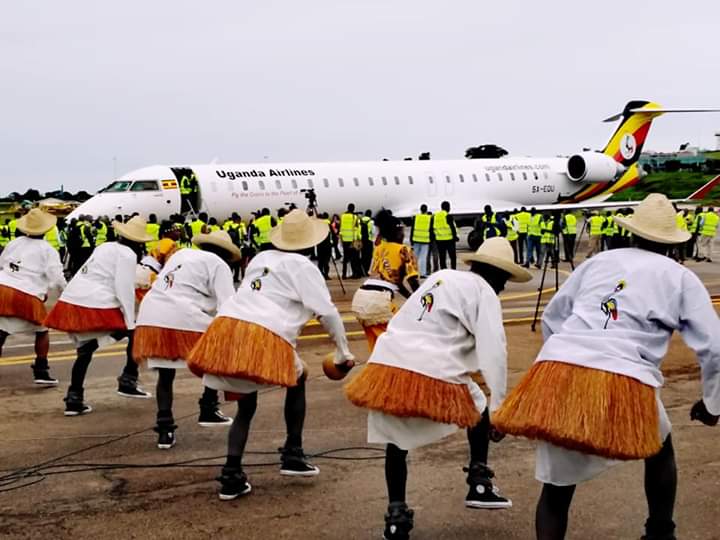 She said that cabinet is very confident that the approved board will ensure that the national airline becomes a viable entity as projected in the business plan.

The board appeared before the parliamentary appointments committee for approval.

Parliament in March this year directed that the budget for Uganda National Airlines shall not be passed without the Institution of a substantive board.

Parliament tasked government to put in a place a substantive Board of Directors for Uganda National Airlines Company Limited.

At the time, MPs agreed that the Ministries of Works and Finance, which own shares in the company, appoint a substantive and competent board and submit the names to the sector committee for scrutiny.

Parliament directed that the Board must be instituted by April 30, 2019 as a prerequisite for allocating funds for operations of the national airlines.