KITGUM – The Uganda Communications Commission (UCC) through its Rural Communications Development Fund (RCDF) has Thursday June 27, launched a one stop community centre in Kitgum to provide information for citizens on public services.

The commission says that citizens can now get Uganda Information on a wide range of e government services and administrative procedures by using the newly launched facility.

The centre, dubbed ” public information centre”, has a capacity to handle 160 people a day.

The service, which is entirely free aims to respond to any citizen query, and to encourage them to uptake online government services including URA returns, e-payments, e-health, e- education among others.

Others including registering/updating National ID biodata, driving permits renewal, shopping online, applying for public jobs among others which have proved difficult in the past days because of long distances and corruption.

RCDF director Mr. Nyombi Tembo said that the government is aiming to make it easier for citizens to access and understand government services.

“We have found out that everywhere we have been people are welcoming this kind of idea. So as RCDF, we decided to expand this project and that’s why next financial year, we are doing seven other projects, then ten the following year and then we shall reach out to all Postal outlets and public libraries in the country,” he noted. 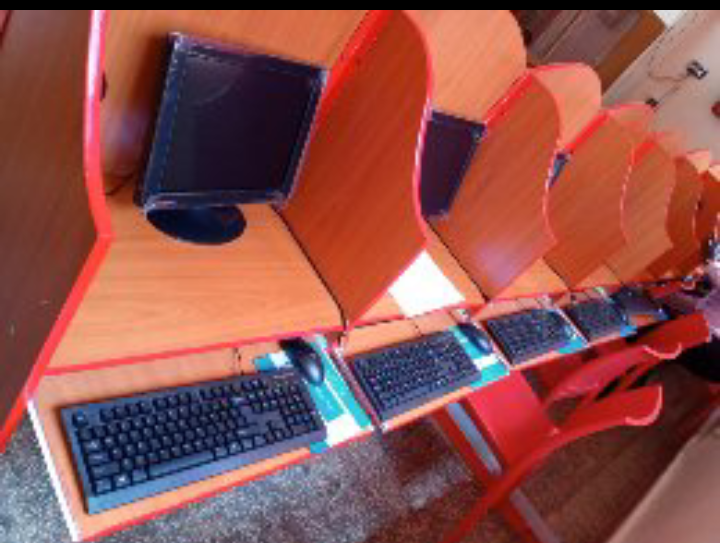 Asked on the criteria before picking the four centres, Mr. Nyombi Tembo said the RCDF and Posta Uganda looked at places which had low uptake of ICTs.

He said the core idea is to provide citizens an access to knowledge on top of social interactions.

“They will get agricultural, health and all other forms of content because they will have a chance to access whatever knowledge they want to access,” he said.

“As you have already seen,” he said, “most interactions between government and citizens will increasingly became online…the system will also help people who can’t afford personal platforms like smart phones and personal computers to access government services”.

Mr. James Arinaitwe, the MD Posta Uganda said in a speech read by Mr. Andrew Kaweesa, the head of Marketing and Research at Posta Uganda that the community information centre is an opportunity for locals to know what goes on in government and other sectors including e-health, e- education and to look for markets for their agricultural produces among other opportunities.

“Now you can know the decision being made by government and any agency because you are updated and you can access everything through this new facility here.”

He said that Posta Uganda officials will soon be laying out the modalities on how locals can properly and freely access the now connected information facility.

On his part, Mr. Simon Bugaba, the head of UCC regional offices, who first lectured Kitgum locals on the roles of the UCC, noted that the fund aims to provide unique services to under and unserved communities where operators, whom he accused of being profit minded may not be eager to provide.

“UCC realised that operators are profit minded, they will never go places where they think there’s no quick profitability,” he said adding that’s why government in it wisdom decided to create this fund.

Ms. Sarah Alele, the Posta Uganda regional supervisor lauded UCC for the fully connected computers and promised that she will ensure that they are properly utilized.

Asked whether, Post Offices are still relevant in the now digital setting, she said that, to remain relevant, they have partnered with a number of government agencies including UCC to provide both logistical services and other news opportunities arising from the increasing technology. 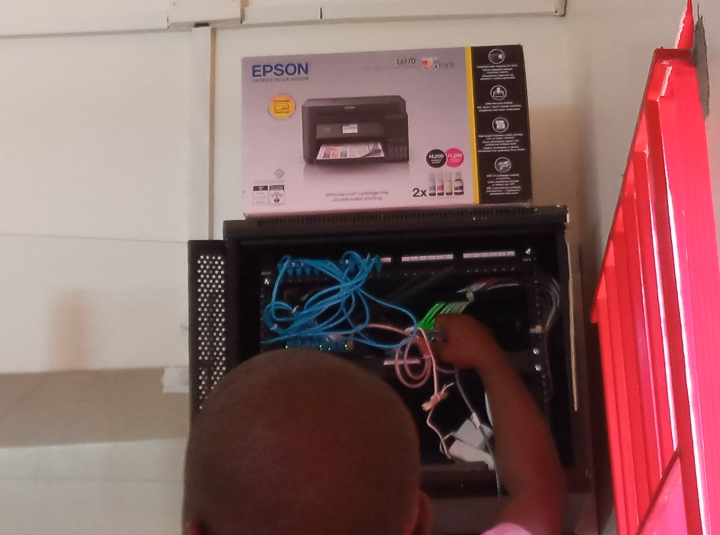 “We have a mandate as Posta Uganda and we are fully government owned organization so you can’t say that government is bringing these services to replace our usual work, ” she said.

Ms. Alele added: “Yes, there of course a number of changes that are going to happen here because you can’t operate the Post the same you used to operate them in the past 5 or ten years, so we need to rebrand and especially change the way we do things. And this is one of them.”

She said that as people are increasingly buying items online, Posta Uganda is tapping such logistical opportunities.

“…And that’s what we are coming into and we want to even make it better. We have track and trace, meaning if you buy any items and transport them with us, you’re able to track the movement and that’s why we have projects like this, she said adding that in the next five years, one of the most important places will be Posta because courier is the order of the day that’s why use buses are now obtaining licenses for courier. 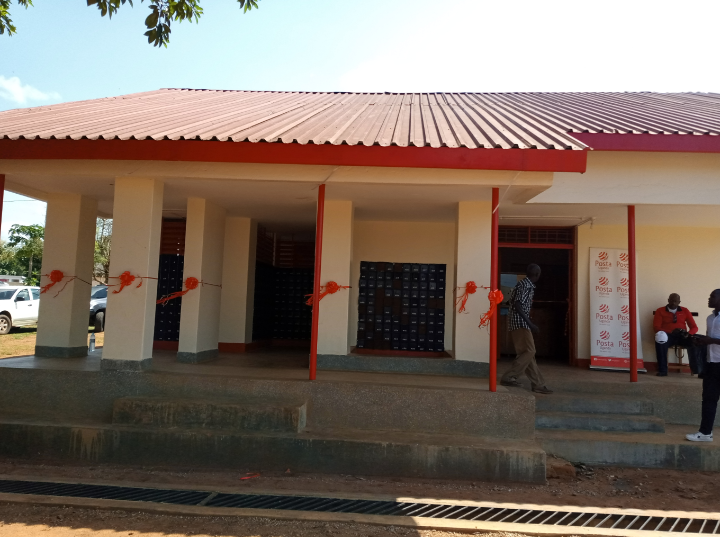 Mr. David Laum, the Kitgum Post Office Master asked UCC officials to train him and his staff on the proper use of the facility for better results.