Ssebulime murder: ICT state Minister slapped with lawsuit with 3 others

MUKONO – The family of the late Ssebulime through his sister Ms. Sylvia Nakayita has sued the State Minister for ICT Hon. Ida Erios Nantaba and 3 other police officers for the murder.

The others sued include; PC Ronald Opira, PC Ronald Baganza, PC Edward Cherotich who have been implicated in the murder case by the deceased’s family.

According to the application filed by the family following the advice of their lawyer Muwanda Nkunyingi, they are charging the accused persons with the murder of Ssebulime and producing false information to the police.

Ms. Nakayita the complainant together with her lawyers led by Muwanda Nkunyingi of Muwanda & Co-advocates have sued Hon. Nantaba in case number 605 of 2019 where they say that she fed police with wrong information which is unlawful.

According to a document signed by the complaint stated: “Giving false information to any public servant including a police officer is a crime under section 115 of the penal code.”

The family that was dressed in T-shirts customized as “Justice for Sebulime “ expressed their dissatisfaction on Tuesday, June 25 at the Mukono Chief Magistrates Court where they were concerned as to why the other suspects have never been produced in court.

“The accused (Hon. Nantaba) has refused to report to police and refused interrogation over the false information she gave to the police.” Reads an excerpt from the document.

Counsel Nkunyingi said that the issue of picking who should be tried and who shouldn’t be is not fair. This is because there are believed to have been other accomplices but only one was arrested. 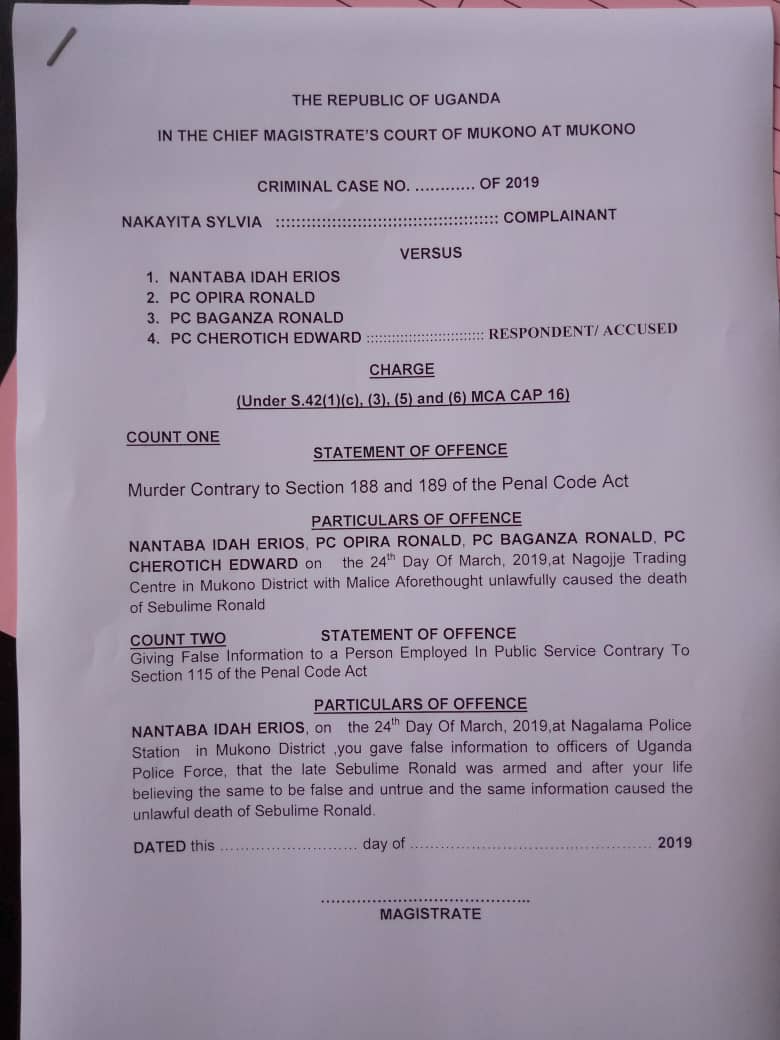 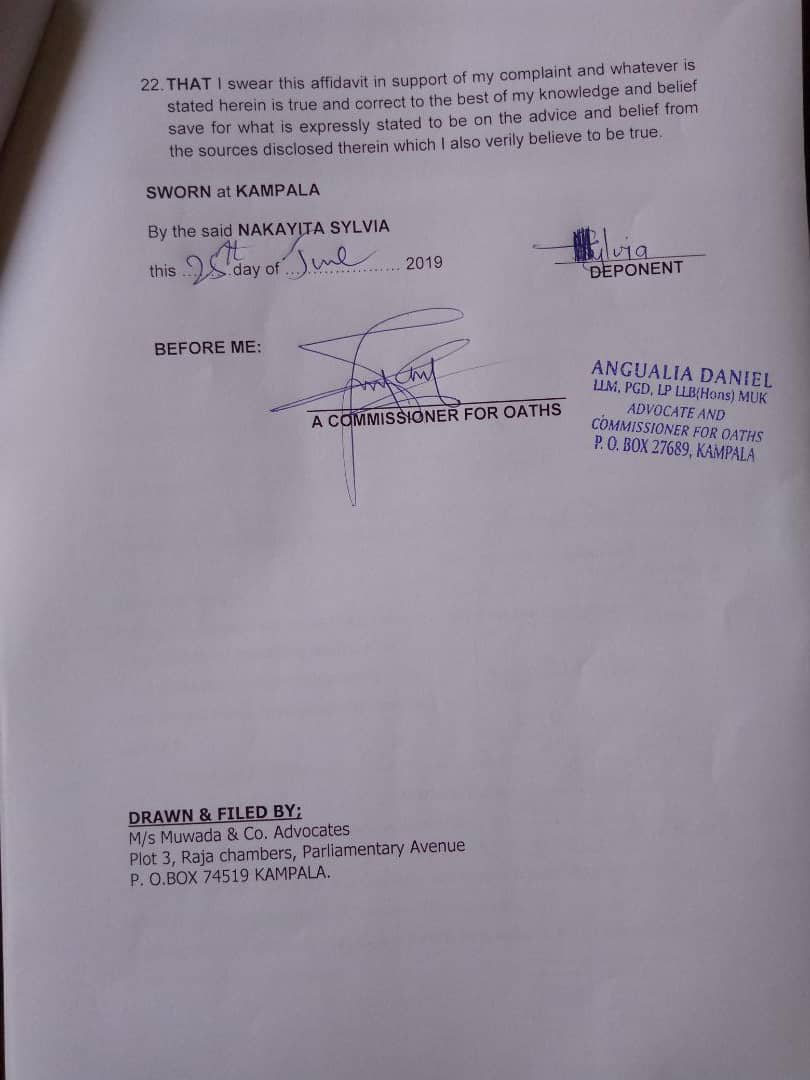 “The issue of picking out who should be tried out in court and who should not be is not fair.” He retorted.

He then noted that one of the suspects that was arrested in the case Cpl David Ssali is no longer produced in court.

“Cpl David Ssali is no longer produced in court. Even today he did not come to court. Why is that?” He quizzed.

Ms. Nakayita said that they are seeking justice in any way possible.

She said: “We are not happy because nothing has been done to help them.”

“We are therefore seeking justice in any way we can and we shall not stop until we get it.” She added.