KAPCHORWA – Wednesday evening, President Yoweri Museveni continued with his gospel of wealth creation in the country. This time, he was in Sebei sub-region where he held an interactive meeting with the leaders at Chelel Village, Tuban Parish in Kapchorwa District.

In his lecture, Mr. President said that the residents have for long stuck on growing maize which takes so long to grow yet their weather can as well favour wheat growing.

“For example in Sebei, I have discouraged the growing of maize. This is a cold area, it takes maize upto nine months to mature. You can grow other crops like wheat that fetch you better money in a shorter time,” said Mr. Museveni.

On the same note, he urged locals to stop the habit of sharing land into pieces and do joint businesses and farming.

“Do not fragment your land. The idea of sharing land as an inheritance should stop. Families should jointly own land and only share proceeds from the land based on an agreed shareholding formula.”

He said leadership and development is about knowing where to go and why, giving an example that Frenchman Louis Pasteur was the first person to establish that there are organisms called bacteria which we could not see with our naked eye

He said Pasteur’s discovery was helpful in processes like pasteurization, fermentation and in medicine practice. “All these happened because someone was able to understand a phenomenon. Bacteria had always been there but no one had scientifically known about its existence.”

Mr. Museveni, therefore, asked all leaders to discover what fits in their communities, guide the locals and transform them.

“Similarly with development, for it to occur, it must be understood. You are only able to address an issue depending on how you have appreciated it. That is where the NRM party differs with the other parties, because we have taken our time to study Uganda’s problems and offered correct solutions,” he added.

The president also praised the government for a great job through different institutions in fighting killer diseases which has, in turn, influenced population growth.

“Take the case of our insistence on stabilizing the country and other interventions like free immunization for children. This has ensured our population grows rapidly. In 1979, when I was a minister of defence, I visited Sebei, which had just about 20,000 people. Today, its population is about 500,000,” he lamented. 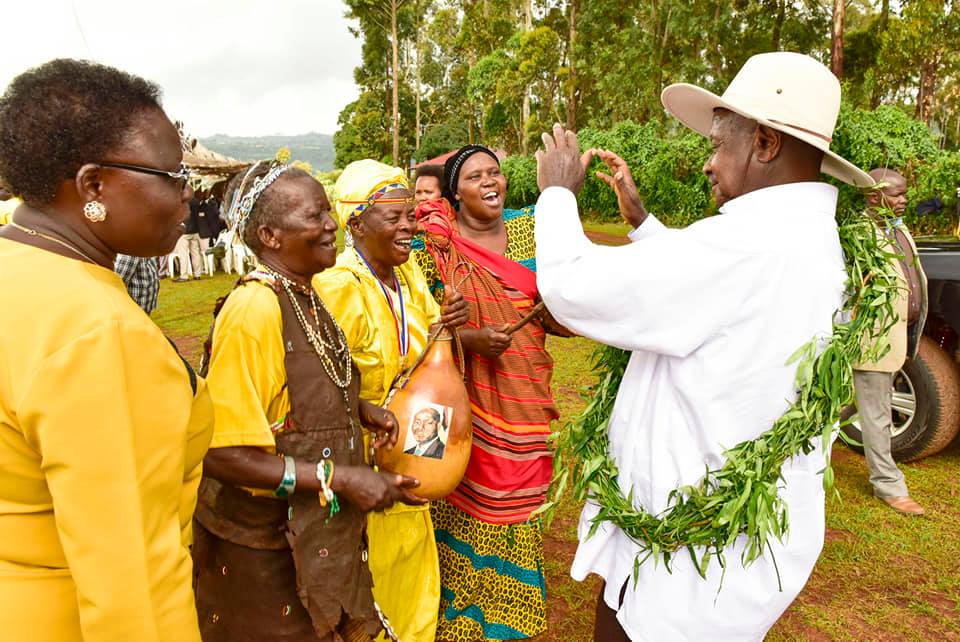 “I have compiled literature around this campaign and the four-acre model. I urge you to read it and share with your communities. The primary message is that we must abandon subsistence farming and upgrade to commercial agriculture,” Mr. president called.