ENTEBBE – President Yoweri Museveni has on Monday 17 held talks with the World Health Organization (WHO) Director-General, Dr Tedros Adhanom and discussed Ebola outbreak in the country.

The president says him and Mr. Adhanom are in agreement that the situation has been contained and asked the public to stay vigilant and observe guidelines issued by health officials.

“This morning, I met the World Health Organization Director-General, Dr Tedros Adhanom, at State House Entebbe, where we discussed the Ebola situation in Kasese District. We are in agreement that the situation has been contained although the public should stay vigilant and observe guidelines issued by health officials,” said Mr. Museveni in a statement.

“Dr Tedros also assured me that the vaccine administered to those who had come in contact with the victims has a 97.8% success rate, which should help to contain the situation further. I also agree with him about stepping up our primary health sensitization drives across the country,” he added.

On Sunday, Dr. Jane Ruth Aceng, Uganda’s Minister of Health held a meeting with Dr. Adhanom at Protea Hotel in Entebbe to discuss the current Ebola outbreak in Uganda and DRC.

In the meeting, the ministry revealed that currently there are no Ebola cases at the treatment unit, however, there are two suspected cases in Bwera.

“As of today 16th June 2019, no positive case at the Ebola Treatment Unit, but two suspected cases under isolation in Bwera. Ministry of Health teams are following up and monitoring about 96 contacts. The contacts are currently being vaccinated. Thanks to the World Health Organisation Uganda.”

The minister also appealed the public to stop circulating fake news about the killer disease.

“I have seen and read with dismay the several wrong messages circulating on social media and other media platforms about the current Ebola outbreak,” said Ms. Aceng.

“I appeal to you all please desist from spreading false rumours about Ebola on Social Media and other media platforms. Ebola is not something to joke with, it kills. Your irresponsible reporting can cause unnecessary panic among the population and greatly affect our response,” she added. 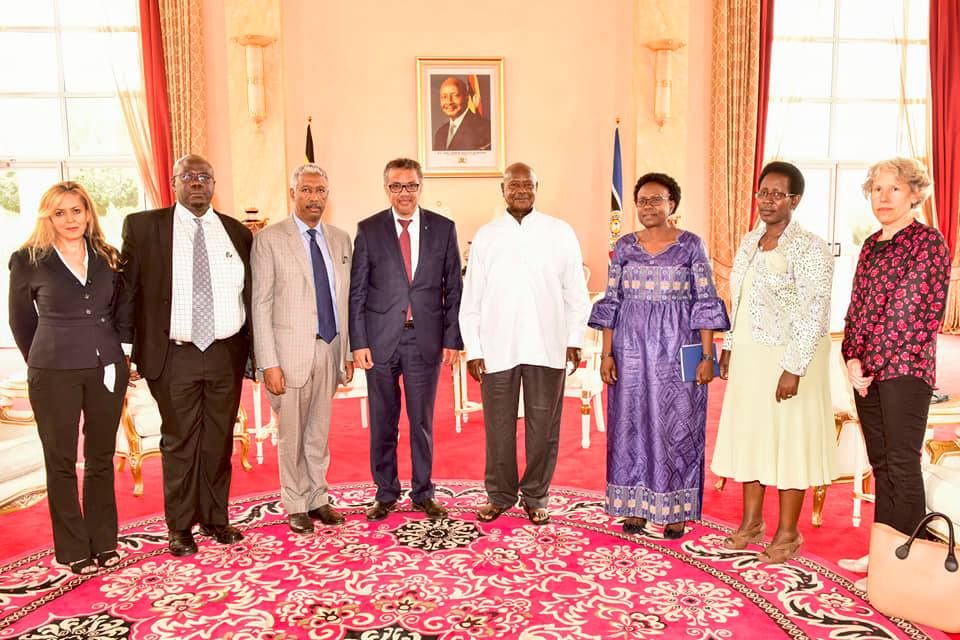 Ms. Aceng asked the public to use the office of the Director-General and the Minister for Health to keep updated with the accurate news regarding Ebola and other cases.

“Ministry of Health has spokespersons, the Director-General and the Minister for Health who keep the population informed on a very regular basis and I believe we are doing it very well. We do so after getting results of blood samples.”

On Saturday 15, the Ministry began an exercise of vaccinating residents against the killer disease.

They announced that “Ring vaccination against Ebola Virus Disease has started in Kasese District. Contacts to the confirmed Ebola cases who came from DRC and non-vaccinated frontline health and other workers will be vaccinated, announced the ministry revealing that “Vaccines have been provided by WHO and Ministry of Health DRC.”

FAO urges all to tackle food loss and waste