Museveni arrives in China ahead of 4-day working visit

KAMPALA – President Museveni has on Monday afternoon arrived in Beijing, China for a four-day working visit on the invitation of His Excellency Xi Jinping.

Through his official social media platform, Mr. Museveni said that he will address a meeting of ministers who are following up on resolutions of last year’s China-Africa Cooperation Summit.

“I will, among others, address a meeting of ministers who are following up on resolutions of last year’s China-Africa Cooperation Summit (FOCAC) and also open the inaugural China-Africa Economic and Trade Expo,” said Mr. President upon arrival.

He appreciated the Chinese government for the warm welcome and hospitality.

“I look forward to an engaging visit that should deepen the political, social and economic cooperation with our Chinese brothers and sisters. I thank the Chinese government for the hospitality already accorded to my entourage and myself since I arrived here.”

Earlier alone, Don Wanyama, the Senior Presidential Press Secretary said that Museveni will, as a special guest, officially open the Coordinators’ Meeting of the Implementation of the Follow-up Actions of the Beijing FOCAC Summit. “China last year hosted all African heads of state to a summit. This meeting of ministers’ tracks progress made since then. President Museveni will address it.”

He said the President will hold bilateral talks with his host, President Xi Xinping at the Great Hall of the People, in Beijing. 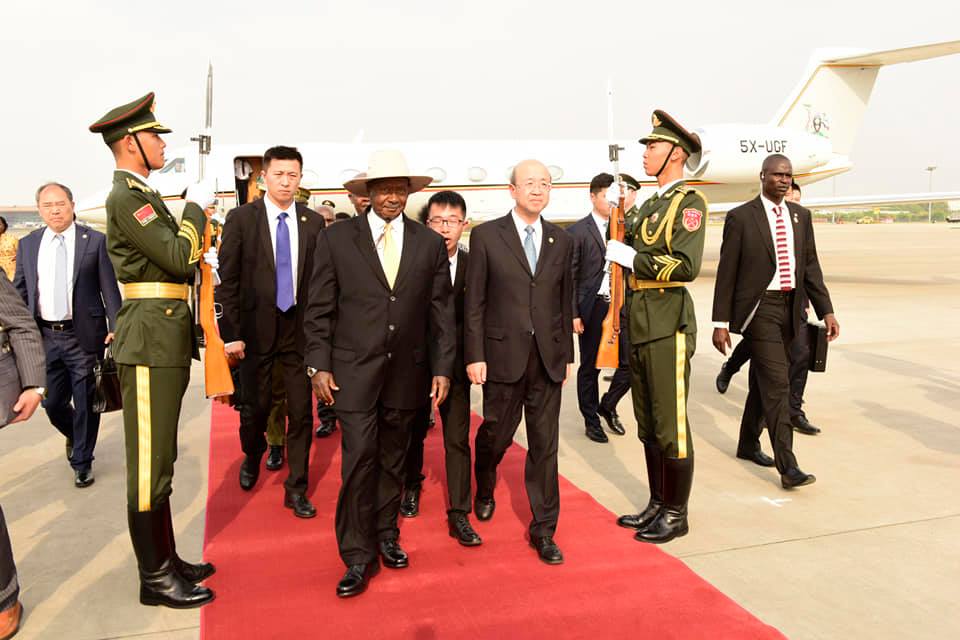 “The two leaders will witness the signing of six agreements between their countries. Thereafter, the host will hold a dinner in honour of his guest,” revealed the Senior Presidential Press Secretary.

Mr. Wanyama also said that Mr. President is as well expected to visit Hunan Province, where he will be chief guest at the opening ceremony of the FIRST EVER China-Africa Economic and Trade Expo. Uganda is the chief exhibiter here.