The handover was presided over by the First Son and Special Presidential Advisor on Special Operations (SPA/SO), Lt Gen. Muhoozi Keinerugaba.

Maj Gen. Nabasa highlighted on some milestones he achieved while in office including; bridging the accomodation gaps by constructing and renovating a host of housing units, conducting skilled and specialised trainings for troops, built Dr. Ronald Bata memorial Hospital as well as expanding and equipping it with the state of the art machines.

This hospital caters for the militants, their families and the civilian communities around Lunyo Barracks in Entebbe.
In his acceptance speech, the new SFC boss, Maj Gen. Birungi, thanked President Museveni who is also the Commander in Chief of the UPDF for appointing him to serve in that capacity. 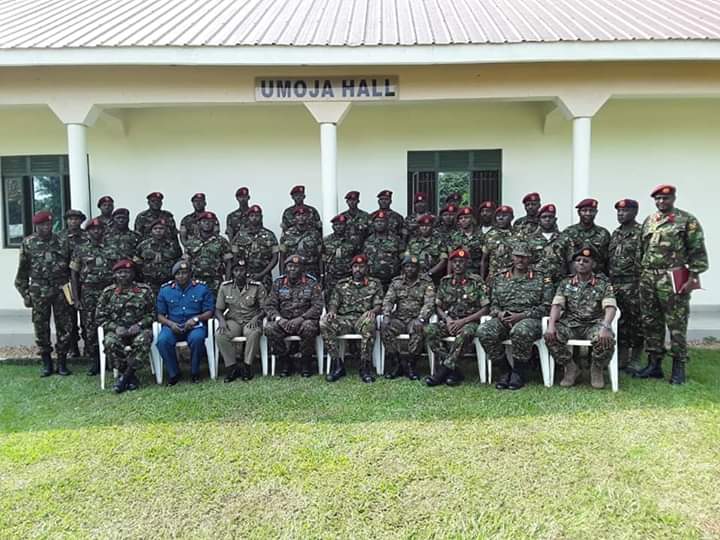 He pledged to work tirelessly with the support of the UPDF leadership, SPA/SO and the officers of SFC.

He wished him well in his scheduled Defence and Strategic course.

To the new Commander, he asked him to focus more on skilled training especially in the area of paratrooping.