KAMPALA – Six street children have died after a wall fence at Lohana Academy collapsed during a heavy downpour on Sunday, June 23.

The deceased were all boys whose names have not yet been identified.

According to the Deputy Kampala Metropolitan Police spokesperson Luke Owoyesigyire, the wall collapsed during a heavy downpour at 2 a.m, killing six street children on spot.

He also confirmed that two others were injured and are currently being hospitalized at Mulago Hospital.

Owoyesigyire said the children were resting in a channel adjacent to the school in the wee hours of the night.

The Headteacher at Lohana Academy, Mr. Mutebi John Bosco assured parents and the public that “no student was injured.”

“It is not true that the school collapsed but rather the wall. Lohana is a day school, therefore, our students were home so they did not get injured because the incident happened at 2: 00am,” he clarified.

He, therefore, assured parents that the operations of the school have not been affected and classes are to continue as usual.

A survivor of the incident who identified himself as John said that they were struggling to find clothing to cover themselves during the rain when the tragedy occurred. 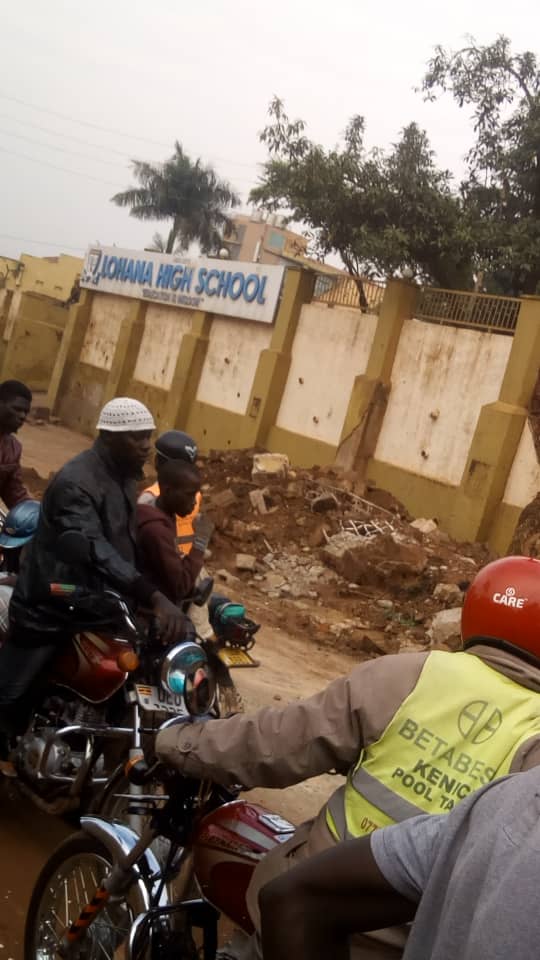 According to him, all children who were asleep at the time died.

“We had come to sleep. We laid sacks to sleep on. I was trying to grab their sacks but they wanted to beat me and I went to Han’s Pub where I picked a box and slept. I was told by women that my colleagues had been killed by the wall,” he narrated the dreadful ordeal that befell his peers.

A police rescue-team is still clearing debris to ascertain the exact number of children that were covered by the wall.

In a related incident that occurred recently, a perimeter wall fence collapsed in Seguku and killed five family members during a Sunday morning heavy downpour.

The deceased were children of Sheikh Adinan Mujiraneza.