KAMPALA – Hon Rebecca Kadaga the Speaker of Parliament has on June 14 launched the #GirlsGetEqual campaign that seeks to foster rights and equal treatment of girl child in Uganda initiated by Plan Uganda at Hotel Africana.

The youth led campaign is built on three major pillars that include; equal freedom, equal rights, and equal representation.

According to the Plan Uganda tweet, the campaign will end in 2022.

“By the end of the #GirlsGetEqual campaign in 2022 ,we believe that we shall celebrate a new era, we shall become unstoppable and very empowered ,we won’t stop until girls are equally seen ,heard and valued” reads the tweet.

Ms. Kadaga the chief guest noted that the campaign will get support from the government as well as committing to listening to the voices of girls.

“The journey to realization of equality for girls is a gradual process and we have quite some way to go to achieve real gender equality,” says Kadaga. 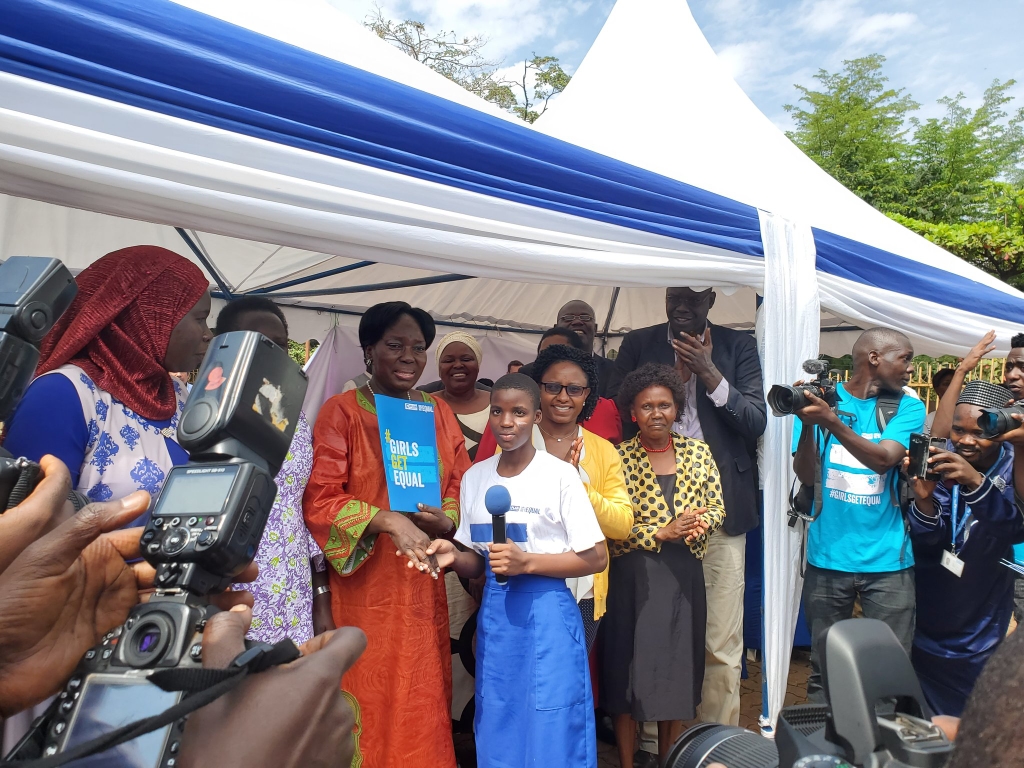 The reigning Miss World Africa Quiin Abenakyo who has been one of the guests appealed to all key stakeholders to ensure that girls and young women have all rights they deserve.

She further remarked that “A better world for all women and girls means a better works for all. Together, we seek that Gender commitment must be made to girls’ voices being heard not only in their households, but in public and private decision making areas.”

Plan Uganda is a non-government organization that is aimed at driving change to advance children’s rights and equality for girls by working together with children, young people, our supporters and partners.