KATUNA – Uganda-Rwanda border at Katuna has on June 10, 2019, been re-opened to allow movement of heavy trucks.

According to Rwanda, this is a way of trying its one-stop-border infrastructure.

On June 7, Rwanda Revenue Authority (RRA) issued a statement revealing that the border will be opened with effect from June 10, 2019, to June 22, 2019, to allow heavy trucks to cross Katuna OSBP.

“Reference is made to Rwanda Transport Development Agency letter dated June 7, 2019, which expresses the need to carry out trials for heavy trucks movement on Gatuna [Katuna] OSBP for a period of two weeks from 10th to 22nd June 2019 and assess the operationalization of the constructed works and equipment before the reception of works,” the letter read in part. 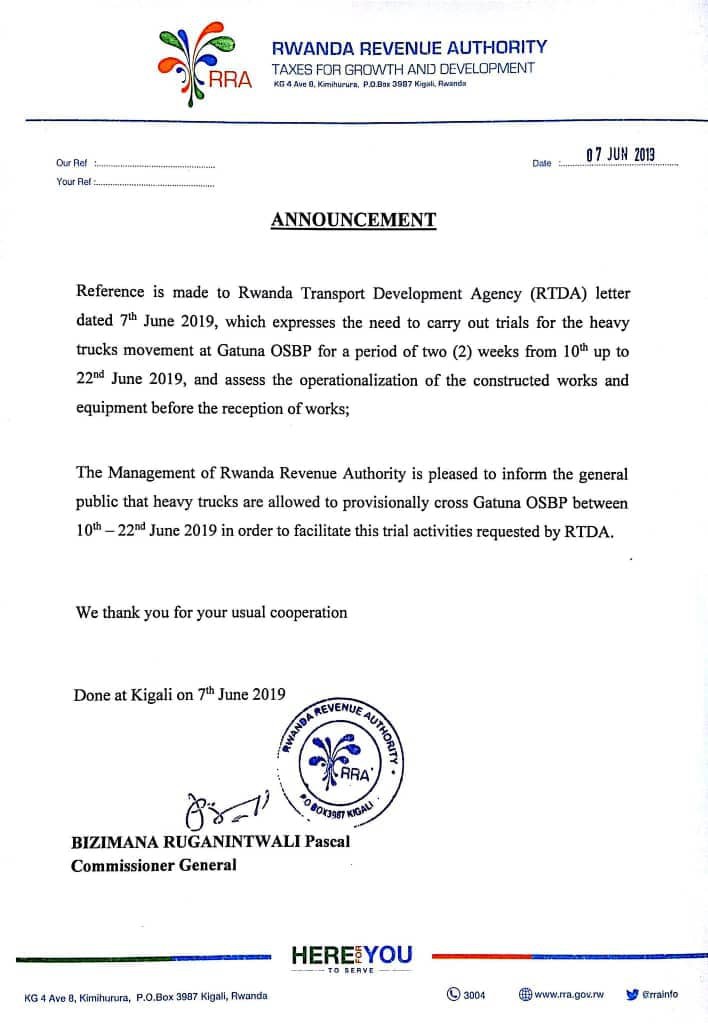 According to sources, prices of items like soap and sugar at Katuna had been doubled after the border closure.

In February 2019, Katuna border was closed because of the conflicts between Uganda and Rwanda.

However, since then, traders in Uganda have been using the Kyanika and Kagitumba border as advised.