KAMPALA – Locals and businesses in Capital Kampala have been hard hit after Sunday and Monday downpours.

At a car washing bay in Bwaise which is the main source of livelihood for several locals, at least three cars were washed away due to floodwaters on Sunday leaving workers in trouble.

“We have had issues of flooding here but actually there have been no any solutions here. There has been actually nothing. There has been nothing to assist us”, said Julius Mukwasi, a car wash staff in Bwaise.

Mr. Mukwasi accused Lord Meyor Erias Lukwago on his promises to resolve flooding in the area.

“The mayor came here when he was looking for polls. He came here and promised us that he’s going to rescue us [from] each and everything. Even to make matters worse, yesterday, the mayor passed there instead, but he just passed when the patrol vehicle was there. He never even stopped to see what has actually happened to the scene”, he said.

On weekend alone, at least eight people were reported dead in flash flooding, with roads cut off and widespread damage due to heavy rains. 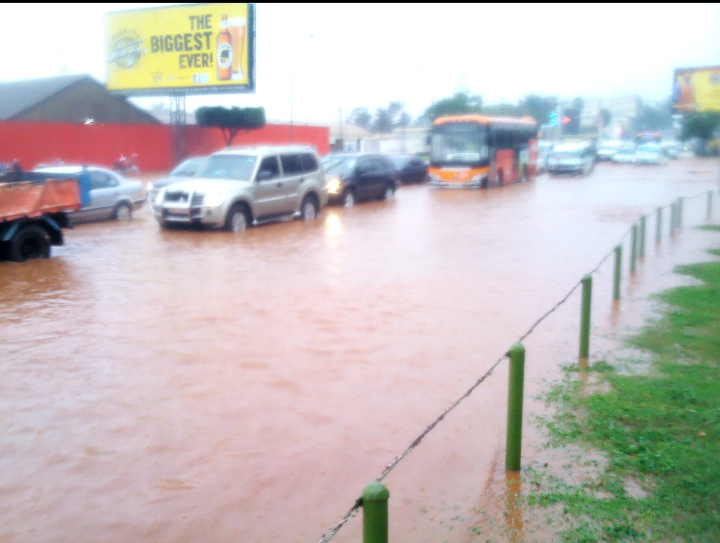 Over 500 have been displaced in suburban and rural areas on the outskirt of Kampala.

In Kame Valley, some 25 km out of Kampala, significant damage was recorded after a heavy downpour on Sunday.

Crops were swept way and many households were affected.

In Isingoro about 400Km away from the capital, PML Daily Correspondent Bob Aine reported that it was a disastrous and sombre moment in Isingiro– after a hailstorm destroyed over 15 homes, plantations and churches leaving hundreds homeless in Bukanga County.

He reported that the rains that started last week wreaked havoc in the villages of Kabura in Kashumba Sub-county, Koranorya, and Kikoma village Mbale Sub County.

Uganda’s Red Cross Society has launched a sensitization campaign to raise awareness about the effects of floods and diseases that may arise as a result of stagnated water.