KAMPALA – The government has declared Wednesday, June 5 a national public holiday in recognition of ‘Eid Al Fitr as celebrated by Muslims in the country and other parts of the world.

In a notice from the ministry of Public Service, the government gives a reason for a public holiday as an opportunity for Muslims to mark the end of the Islamic fasting month of Ramadan

She added that the day will be observed as a public holiday throughout Uganda asking the Ministry of Information and Communications Technology and National Guidance to relay the information on the state-run channel, the UBC. 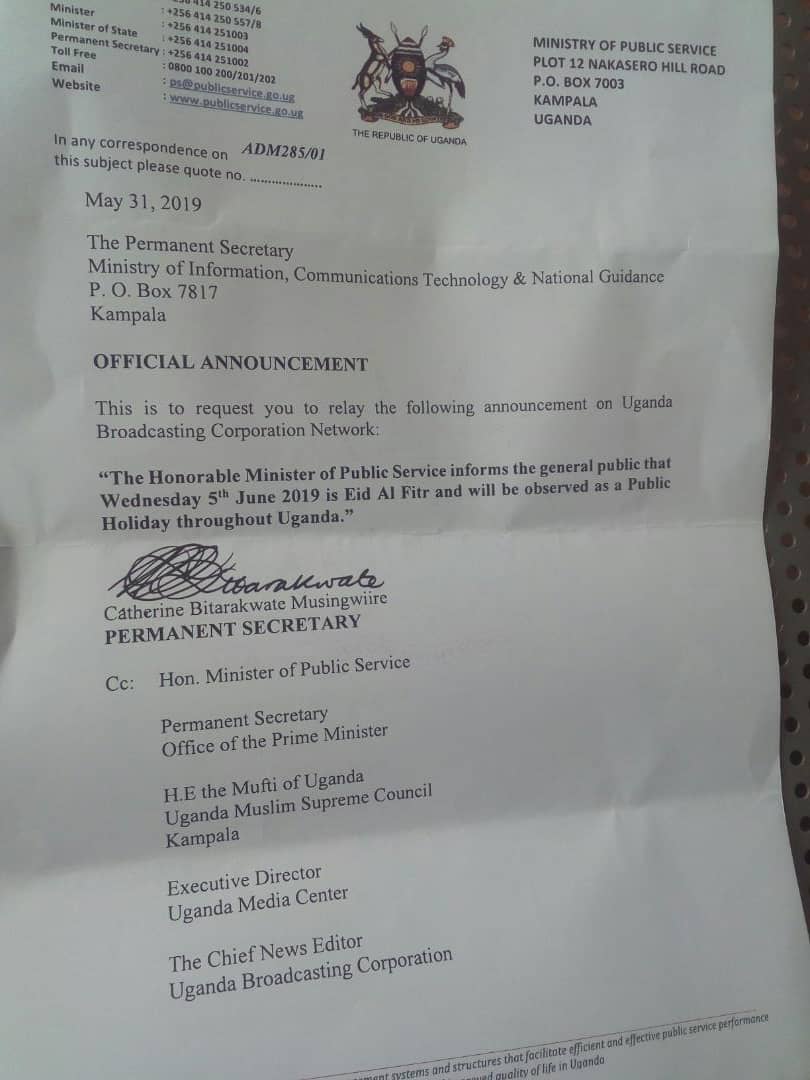 Eid al-Fitr means “festival of breaking the fast” and marks the end of Ramadan. Eid is an official holiday in all Muslim-majority countries, but the number of days varies by country.

Muslims across the world begin Eid day celebrations by partaking in the yearly prayer service that takes place shortly after dawn.

This is preceded by the giving of alms to the poor, or Zakat, which is one of the five pillars of Islam.

It is common for the capitals of Muslim majority countries to decorate their cities with festive lights and hold carnivals to commemorate the end of the holy month, with children dressed in new clothes, offered gifts and money to celebrate the joyous occasion.