The landslides occurred at about 11 pm on Tuesday, June 4 after a heavy downpour that lasted nearly four hours.

The most affected villages are Shisakali parish in Buwali Sub-county, where an 8-year-old girl was buried by mud.

The girl was a pupil of Bundesi Primary School.

Ms Esther Nashuwu, a survivor and mother of the girl, a pupil of Bundesi Primary School, told our reporter that her daughter died when debris buried their house.

“I heard noise from the hill and I ran out of the house to find out what was happening. Within seconds, the rolling mud had covered the house and I could not save my daughter,” she narrated in grief.

In Bunamwamba Parish, in the same sub-county, two people reportedly died after their houses were swept by gushing water in Suume village after River Summe burst its banks.

Reports indicate that several families have been displaced.

Mr Samson Wambete, a resident of Bukobero and a local leader, said they cannot establish the exact number of people who have been killed or the number of houses destroyed. 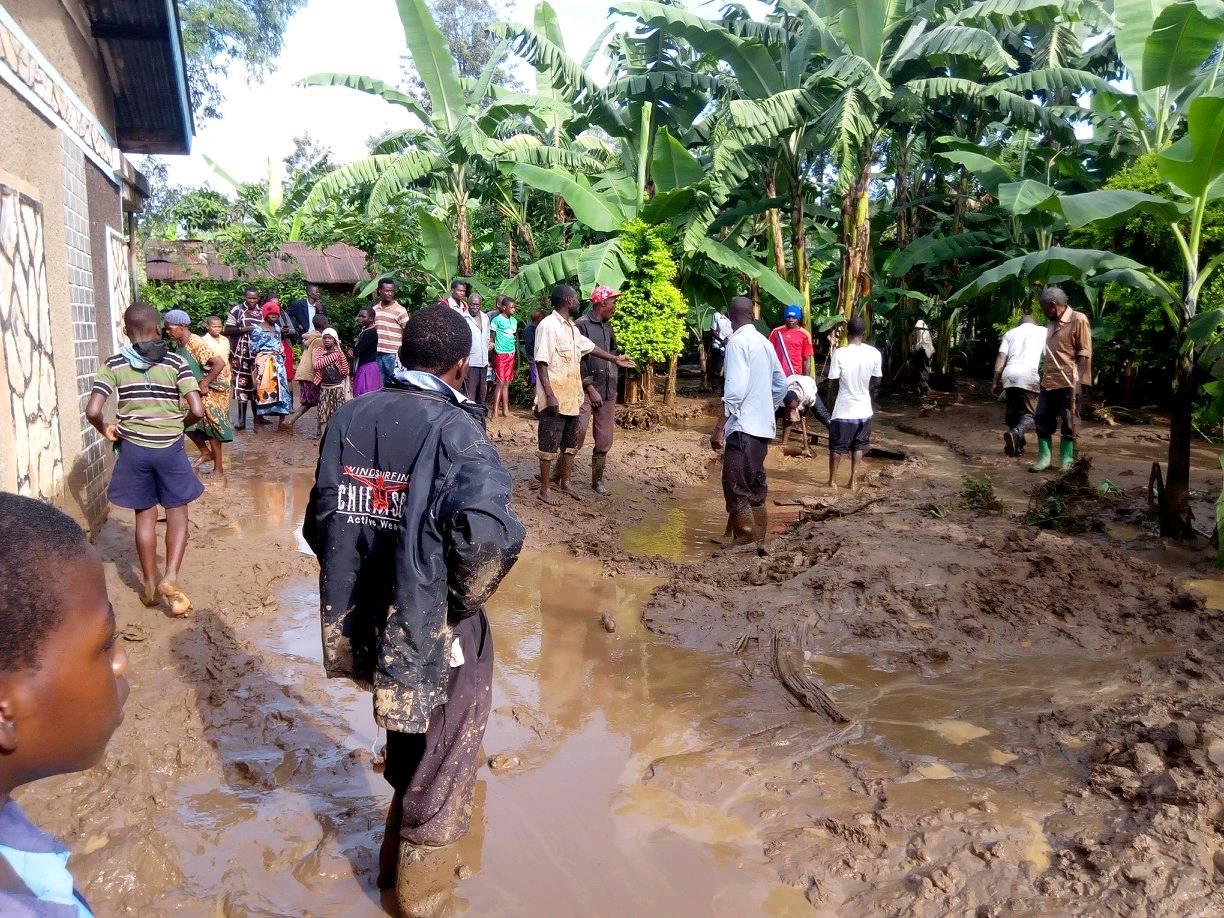 He, however, said several people are missing.

“We are in shock and helpless because apart from the lives lost, several houses, animals and crops have been washed away,” he said.

“We are here with some survivors but their stories are touching. We are trying to establish the number of dead,” he said.

Mr Godfrey Watenga, the area Member of Parliament, described the incident as “nasty” adding that they have not yet established the exact number of people who have been affected.

At the time of filing this report, Uganda Red Cross had confirmed their presence in Bududa to conduct a rapid assessment and help the affected communities.

#Bududa hit by landslides again following yesterday’s heavy downpour. Pictures here have been taken in Lutsakhe constituency, Bunamwaba Parish, Buwali Sub county in Bududa District. Our teams are on ground to conduct rapid assessment and this will inform our response. @opmdpm pic.twitter.com/novH1tlAXe

The government recently started relocating landslide victims in the district to Bunambutye Sub-county in Bulambuli District.

Mr Julius Mucunguzi, a communications advisor in the Office of the Prime Minister confirmed that a team from the Disaster Preparedness and Management Department has been sent to the area to establish the facts via social media

In October 2018, the mudslides struck Bakalasi Sub County in Bududa District after a heavy downpour with two market centres of Naposhi and Nalutungu on the slopes of Mt. Elgon were competently destroyed when river Tsuume in Bukalasi sub-country in the landslide-prone hills burst its banks washing away everything into the larger River Manafwa, killing at least more than 40 residents.

Mr Wilson Watira, the Bududa District LCV chairman confirmed the number of landslide victims, revealed that the bodies trapped under the rubble were recovered and given a decent burial.

“We are happy that police and Red Cross officials have joined us, so far we have managed to recover 41 bodies of people who were killed in the mudslides and some of the bodies recovered have missing parts like limbs or heads,” Mr Watira said.

Over 100,000 people live precariously on the slopes of Mt. Elgon.

Livestock and crops have been destroyed.