TRIPOLI – UPDF Deputy Chief of Defence Forces Lt Gen Wilson Mbasu Mbadi has applauded UPDF Forces in Somalia for their tireless efforts in dealing with Al-Shabaab terrorists and deterring them from destabilizing peace in the region.

“The strategic mission of Al-Shabaab is to spread their extremist ideology in the entire region,” Gen Mbadi said.

He added that the relative peace in Somalia and the entire region can be attributed to the tireless efforts of AMISOM and other International partners who are striving so much to see that Somalia is rid of and all remnants of Al-Shabaab terrorists. 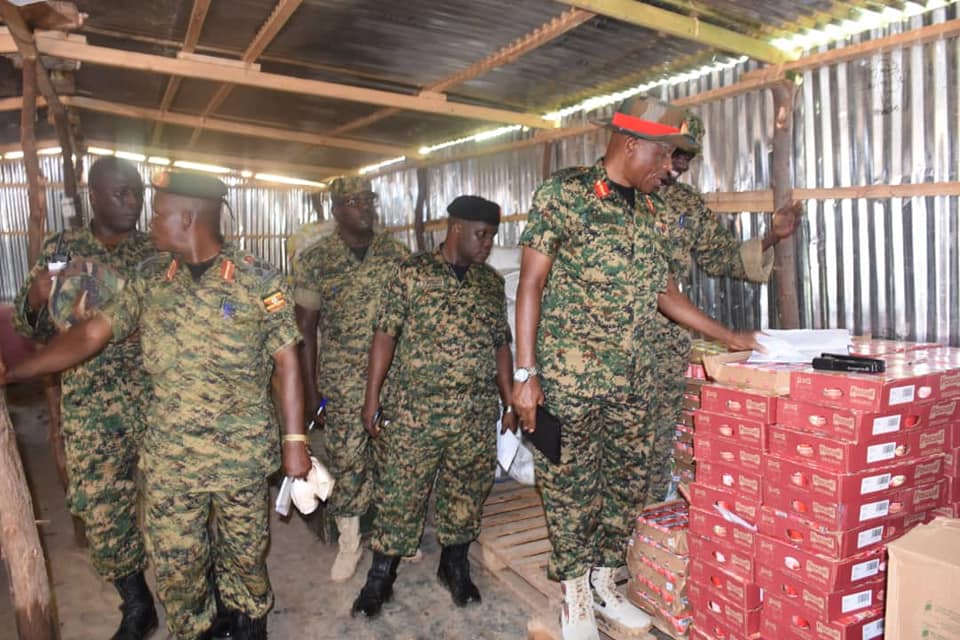 Gen. Mbadi made the remarks on May 14, 2019, while touring Forward Operating Bases (FOBs) that include Sea Port of Barawe, Beledamin and Golowenyi in lower Shabelle.

The Deputy Chief of Defence Forces who works as the Inspector General was to assess the progress of self-sustainment projects undertaken by troop-contributing countries to support their forces to the Mission. The projects include office equipment, catering facilities, communication equipment, laundry, sanitation facilities and tentage among others.

Gen. Mbadi informed officers and men that back home UPD Leadership is doing what it can to improve the welfare of troops in the Mission area.

He noted that in order to enhance the welfare of troops, Army Leadership has embarked on Salary enhancement, mobility, accommodation, clothing and has come up with a project profile to construct 30,000 housing units and maintenance of what is available noting that all this is at a feasibility study intended to improve on accommodation of soldiers. He added that once the housing units are complete, every soldier will be accommodated in the barracks and that will translate into effective command and control.