GULU-  The Gulu Deputy Resident District Commissioner Tonny Oree has been evicted from a house for allegedly battering his wife in the presence of students, tutors and other members of the public.

This website has learnt that Tonny Oree who was residing at Gulu School of Clinical Officers, was evicted for among other reasons subjecting his wife (names withheld on request) to severe domestic violence – an act the institution’s administration termed “unacceptable.”

The embattled civil servant has sought temporary residence at the institution’s quarters on the request of the  Resident District Commissioner Maj. Santos Lapole as he sorted his salary requirement – a stay he prolonged to over a year.

In an eviction letter sanctioned by the School’s Principal Mrs. Grace Aninge and addressed to Maj. Lapole on May 2 reads; 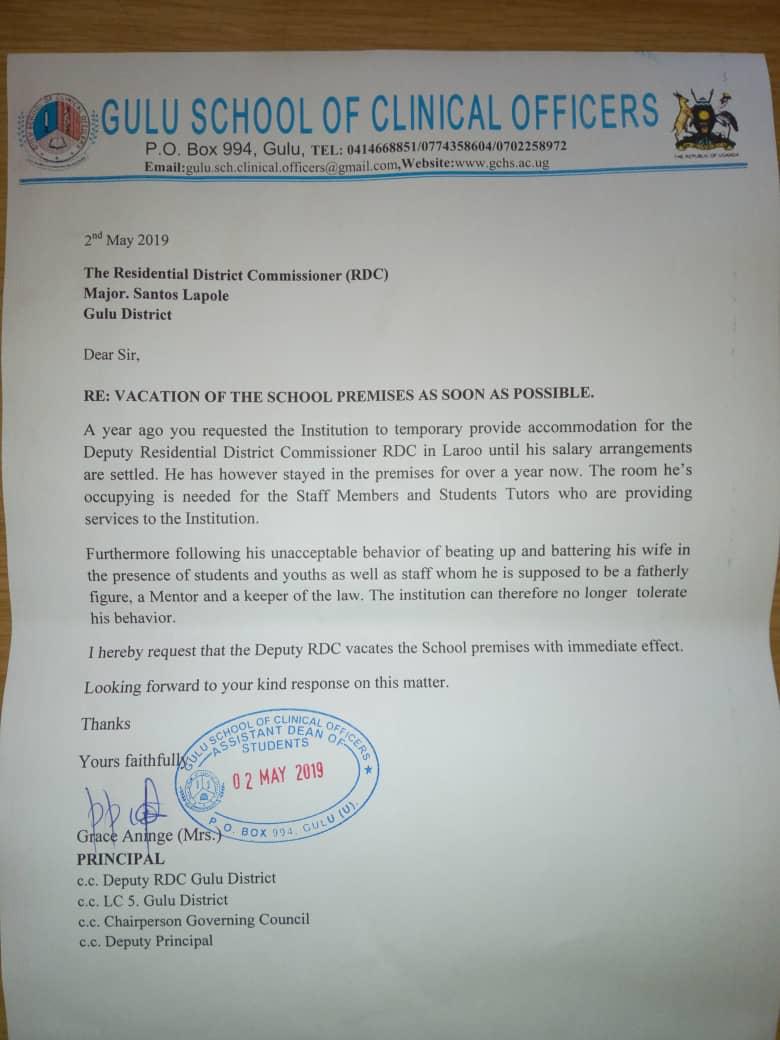 “Furthermore, following his unacceptable behaviour of beating up and battering his wife in the presence of students and youths as well as staff whom he is supposed to be a fatherly figure, a Mentor and a keeper of the law, the Institution can therefore no longer tolerate his behaviour. I hereby request that the Deputy RDC vacates the School premises with immediate effect. Looking forward to your kind response on this matter…

The reshuffle was marred with irregularities with Museveni withdrawing the controversial appointment of Resident District Commissioners (RDCs) and their deputies twice in less than a week in June 2018.