Ssenyonyi dismisses rumours of arrest with Bobi Wine in Zimbabwe

HARARE –  Vocal People Power Spokesperson, Joel Ssenyonyi has on Monday, May 27 rubbished rumours that confirmed that Hon Kyagulanyi Robert alias Bobi Wine and he were arrested in Zimbabwe as earlier reported.

“Rumors that Hon Kyagulanyi and myself were arrested in Zimbabwe are untrue,” he twitted.

Senyonyi added they were however questioned by government officials on arrival before proceeding for the Movement for Democratic Change (MDC) rally. “I guess we’re scary,” he added. 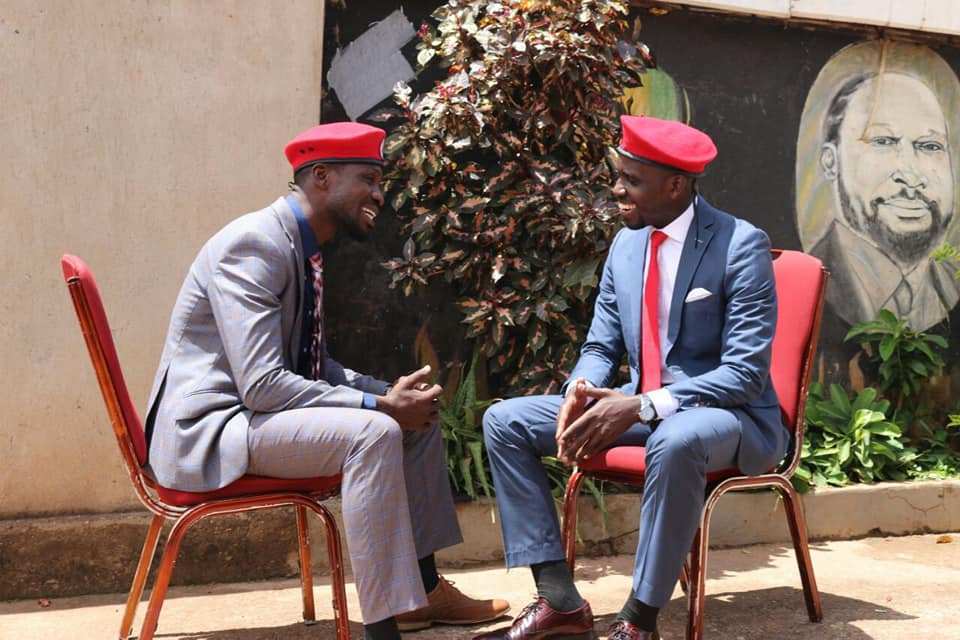 The two People Power cadres travelled to Zimbabwe last week on an official invite from Mr Chamisa Nelson the chairperson of MDC to attend a rally organized by Zimbabwe’s opposition party.

Hon Kyagulanyi made it to the rally and in his Speech as the chief guest, highlighted the unity between Uganda and Zimbabwe through blood, history and destiny.

“We are already united by blood, by history and by destiny. But yet again, we are united by the common enemy called dictatorship,” he said.

The people power leader added that this is a common mission, “We have to confront this monster that has kept our people in bondage, and our desire to free our people from that bondage.”

He added that political groups may have different ideologies, strategies and approaches but their objective will remain the same.

“Our objective remains the same, complete freedom, dignity and equality for our people and that, we shall achieve in our lifetime,” he added.

Ssenyonyi noted that Zimbabweans are striving for a better country like Uganda.

“We met Ugandans in Zimbabwe and they support the struggle,” noted the People Power’s mouthpiece.

On May 25, it was reported that Bobi Wine, Ssenyonyi together with Owino Babu the Kenyan legislator for Embakasi were arrested at Robert Mugabe International Airport and detained for hours.