JINJA – The Uganda Communications Commission (UCC) in partnership with telecom giant MTN Uganda under the Rural Communications Development Fund (RCDF) launched 22 3G base stations marking the start of the much anticipated national network capable of covering the entire country with broadband internet service.

The first 22 mega smart sites were all launched on Thursday with main event held at Namaganga Primary School in, Busede sub-country, Jinja District.

According to RCDF director and former ICT Minister Nyombi Tembo, the stations now connect over 700,000 people in economically unviable, underserved or un-served areas of Uganda.

The 3rd RCDF Policy is focusing on broadband roll-out, a significant shift from the earlier projects implemented during the First and Second RCDF Policies that focused on access and usage of communication respectively.

He said upgrade will provide high-speed connectivity to multinational companies, small-and-medium enterprises and small businesses in Jinja Town as well as government organizations including sub counties and schools.

“This is a project we designed a year back, identifying those highly undeserved areas that do not make a commercial sense to the operators,” he said adding “we got funds from the RCDF, collaborated with the operators in this case MTN who won the tender to upgrade 22 sites in Kotido, Kyankwanzi, Nakasek, Kitigum and others connecting close to 700,000on 3G.”

3G, short for third generation, is the third generation of wireless mobile telecommunications technology. It is the upgrade for 2G and 2.5G GPRS networks, for faster internet speed. 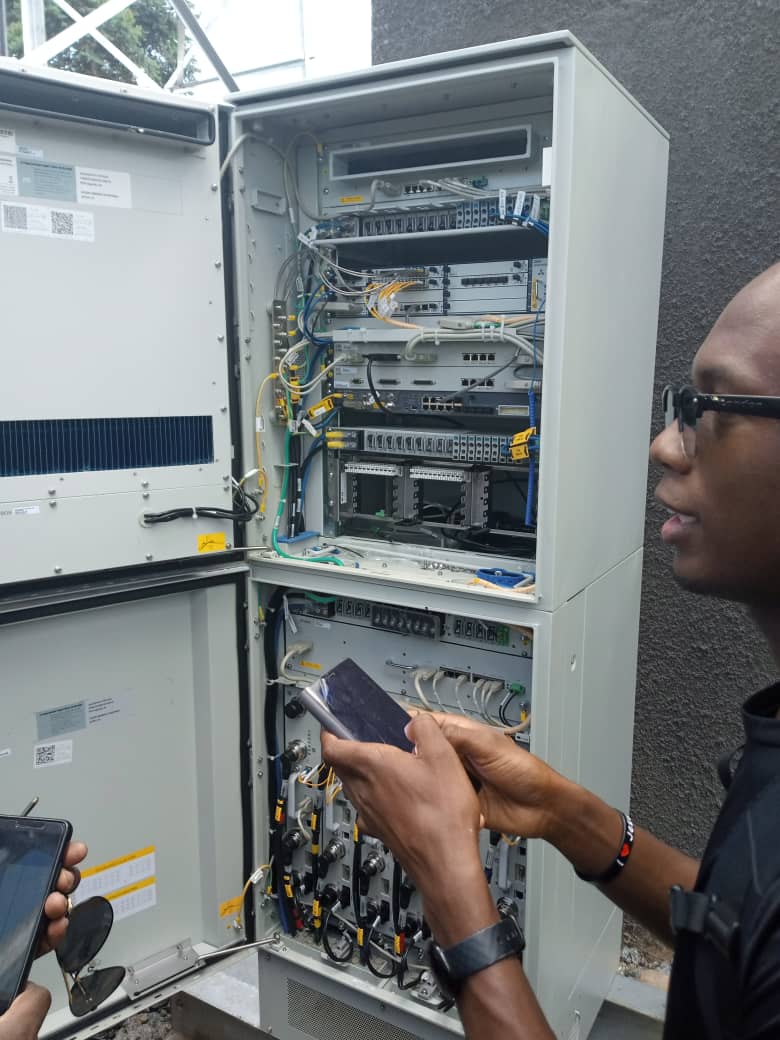 He said that using RCDF, UCC and partners will continue to upgrade many other parts of the country.

This is the first connecting communities close to 700, 00 people “so it’s a very, very grateful day for us to see that what we have been working on in the past one year has come to pass.”

Mr. Ibrahim Bbosa, UCC, Head of PR and International Relations noted that some existing base stations were upgraded from 2G to 3G while others have newly been built to deliver 3G connectivity.

As a country, he noted “we are striving to build a trusted high-speed ICT infrastructure as a move towards achieving the global ICT development agenda.”

He added that this intervention directly addresses the infrastructure and connectivity thematic area of the National Broadband Policy which is also one of the RCDF III Strategic focus areas.

Speaking at launch MTN Uganda acting CEO Mr. Gordian Kyomukama in a speech read by Mr. Sam Sentongo the MTN Chief Technical Officer noted that since inception in 2003, MTN Uganda has contributed over UGX164.3b towards the fund.

“We are extremely happy for our contribution to the RCDF which has been able to achieve progress penetration of ICT infrastructures into previously un-served and under-served areas of Uganda,” he noted adding that this cements our contribution to supporting the UCC and government of Uganda through ministry of ICT and national guidance”.

He lauded UCC and ICT ministry for the enabling environment  accorded to operators over the years.  This he said has ensured a favorable investment climate that has supported the growth and development in the ICT sector.

Ms Hanniffer Karadi the Jinja RDC, who made a 3G-enabled video call to her counterpart the RDC in Kotido over the newly installed mega site in Jinja District, Busede Sub-County to ensure the system was working well urged locals to make proper use of the upgraded connectivity in areas study and market research.

Hon. Tembo said that with the new broadband policy, the government is focusing on achieving interoperability among operators and that by the end of this year; the interworking between operators would have been worked on technically.

“We want to see that whenever there is a site for any other operator, other people who aren’t on that particular network can access,” he said adding that as regulators, “ we shall sure that it happens.”

RCDF is a five year plan being implemented by UCC and operators. Key among the components is broadband connectivity, content mediation and research and advocacy.

Under this arrangement, RCDF contributed over UGX 3b as a subsidy towards these upgrades.