The Koboko project is part of the projects that are being implemented under water management development program funded by the government of Uganda with the support of the World Bank.

In terms of implementation, National Water and Sewerage Corporation handled Arua and Koboko was done by the directorate of water development because at that time Koboko was still under the ministry.

With the handover of Koboko to National Water and Sewerage Corporation, the system will be expanded to enable more people to access to piped water. 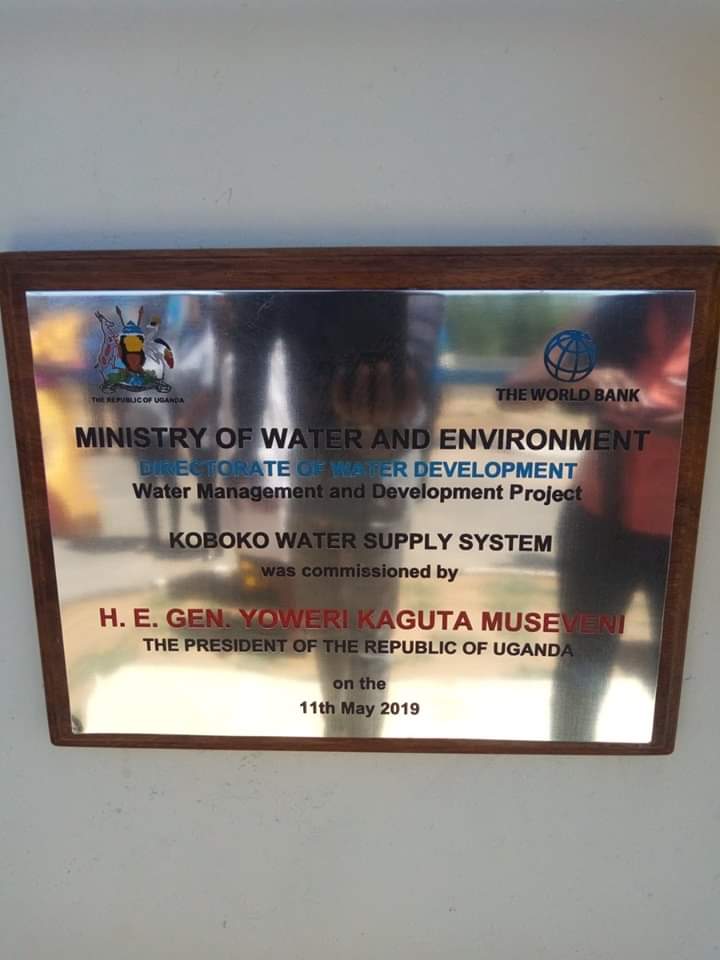 “The design capacity is enough to for that purpose however, the initial capacity that is installed is about 1.5 million liters per day and will have to be expanded and during the project the need for addressing issues to do with the water sauce were highly emphasized because it’s not at its best during the dry season hence the ministry drilling some boreholes and production wells that can generate 2.4 million liters per day and one of the is going to be developed by the ministry leaving the other two under the development of National Water and Sewerage corporation.” Stated Eng. Johnson Amayo.

The construction works of the treatment plant were undertake by Zhonghao overseas Construction Engineering Company Limited from China at a cost of UGX 33,950,426,230 for the town of Koboko under the supervision consultant, SGI Studio Galli Ingegneria S.R.I.

After the commissioning of the new treatment plant, President Yoweri Museveni appreciated and applauded NWSC and its management for its continuous efforts in improving the lives of Ugandans through the provision of clean safe water for all.