The ANT party and it’s promoters broke away from the opposition Forum for Democratic Change after years of internal bickering that culminated into the defeat of Gen. Muntu by current president Patrick Amuriat for the FDC top in last year’s polls.

PML Daily reported on Tuesday, that Gen. Muntu told the ANT delegates during pre-launch meetings in Kampala that the party will concentrate on building structures in the next one year.

“When you are building a skyscraper, you must build a strong foundation. Please go out there, explain to people what we stand for and let’s brand ourselves,” he said.

He added that ANT will work with all the opposition political parties. 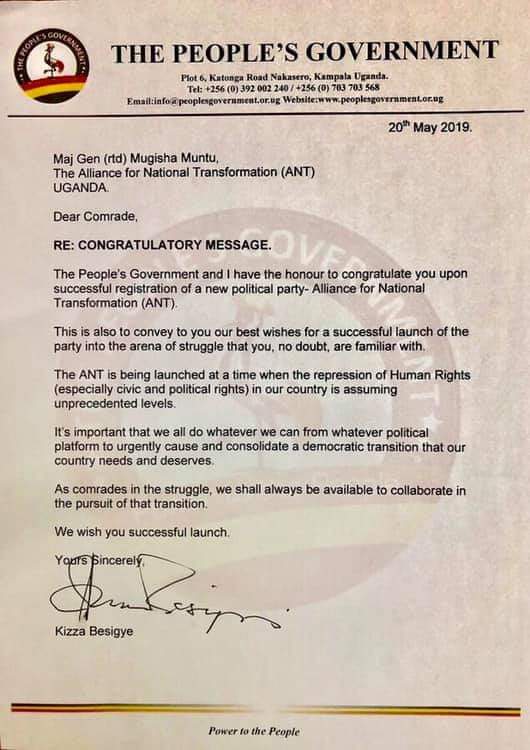