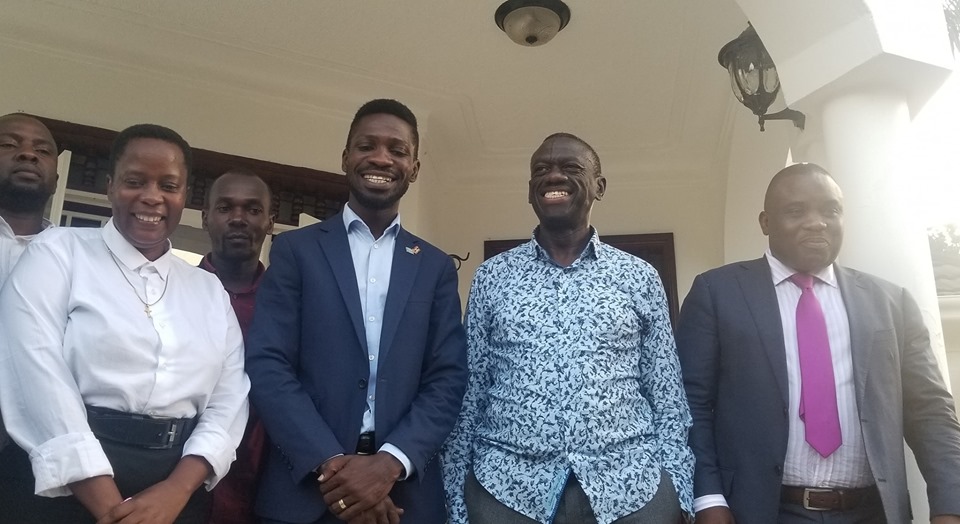 According to a source privy to the meeting, Dr. Besigye and group congratulated Bobi Wine and welcomed him from prison.

They also discussed a number of issues ranging from politics to governance.

“We also had a very good conversation about where the people’s struggle for liberation stands, and what we must do together to complete the task ahead.” Bobi Wine posted on social media.

Bobi Wine noted group agreed on a strategy to mobilise the masses for the final push of the ruling president.

The group also carried Bobi Wine food stuffs allegedly to help him nourish from the harsh conditions in jail. Among things carried include; Matooke, chicken and refreshments. 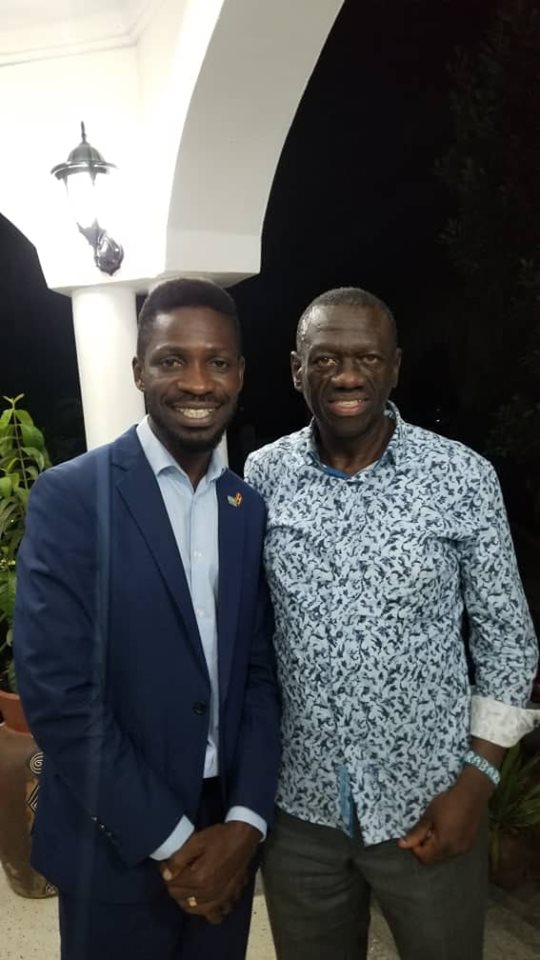 The meeting comes against the backdrop of counter arguments by the two sides, with Bobi Wine’s camp claiming Dr Besigye has overstayed his welcome to lead the opposition and now should make way for the galvanised Bobi.

Meanwhile this is second visit by Dr Besigye to Bobi Wine, the other coming at Lubaga hospital when the latter was admitted following the Arua debacle.

Before coming to the limelight, Bobi was the occasional visitor to Dr Besigye, making the FDC leader’s Kasangati home more than twice and another while he was incarcerated in Luzira.