On March 20, 2019, Col Nakalema received a petition from a whistleblower who requested her office to investigate the IGG’s office of rampant corruption cases, irregular recruitment of Inspectorate officers and delayed confirmation of officers in the Acting capacity.

The whistleblower urges Nakalema to reign on Irene Mulyagonja’s office citing among other rampant cases of corruption where officers are openly receiving bribes from accused persons.

“Allegations of bribery among IG staff are real, this is because the environment here at IG is that every man for himself. Everything is wrong from the formation of the work plan for the budget to the procurement of service provider for construction of IG headquarters, to the training of staff, to handling complaints and also prosecution,” the whistleblower says in the petition.

“Without mentioning names, some staff are currently receiving bribes of cases not registered from the accused persons, bribes going as high as Shs350,000,000 per allegation. That is partly why the IG is not performing.”

The petition has also implicated the Secretary to the Inspectorate, Rose Kafeero together with other members of the board and management of flouting the normal recruitment process stipulated by the Internal Human Resource Manual of 2017 and Public Service Standing Orders, 2010. They have been accused of handpicking and interviewing candidates of their interest. 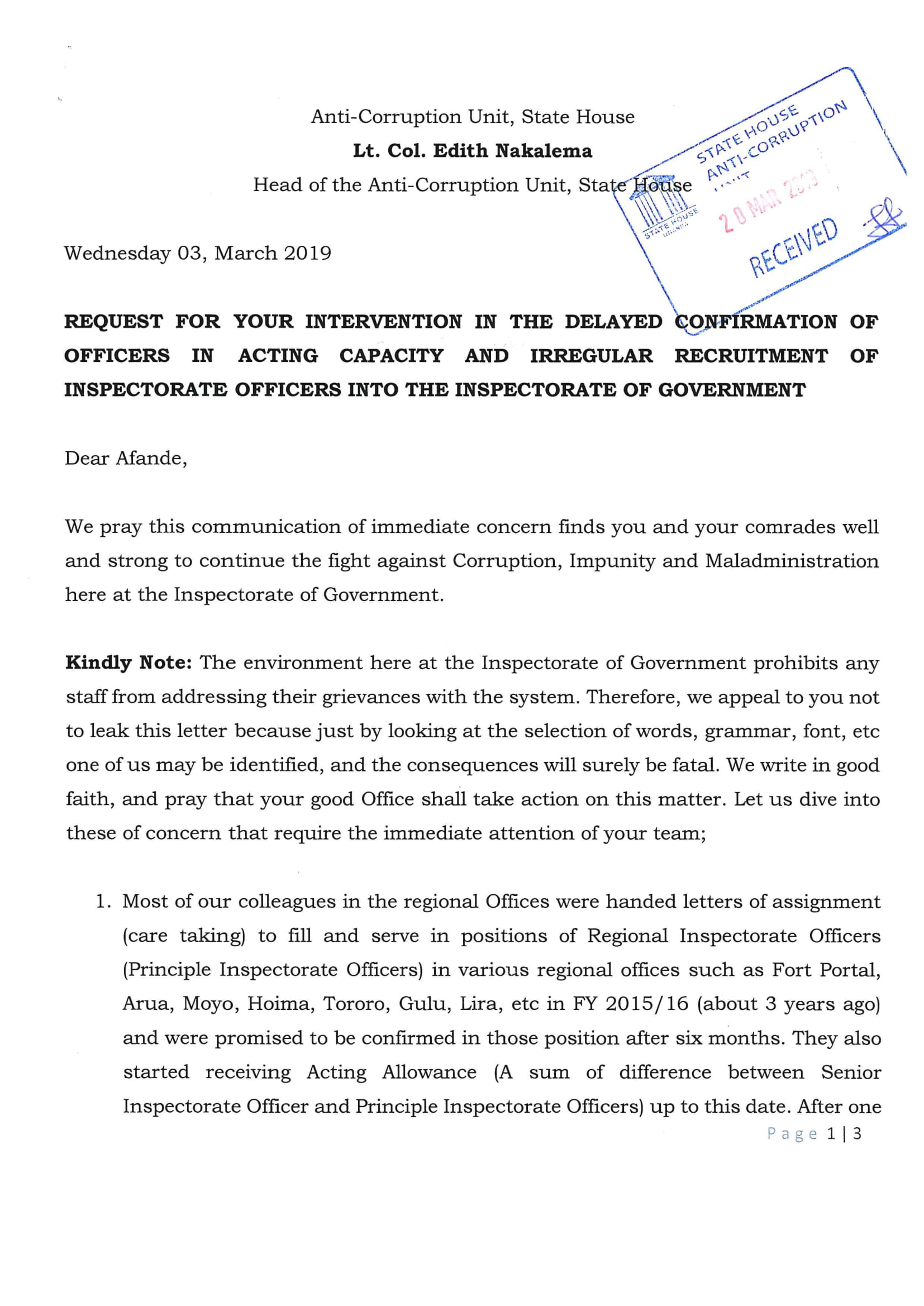 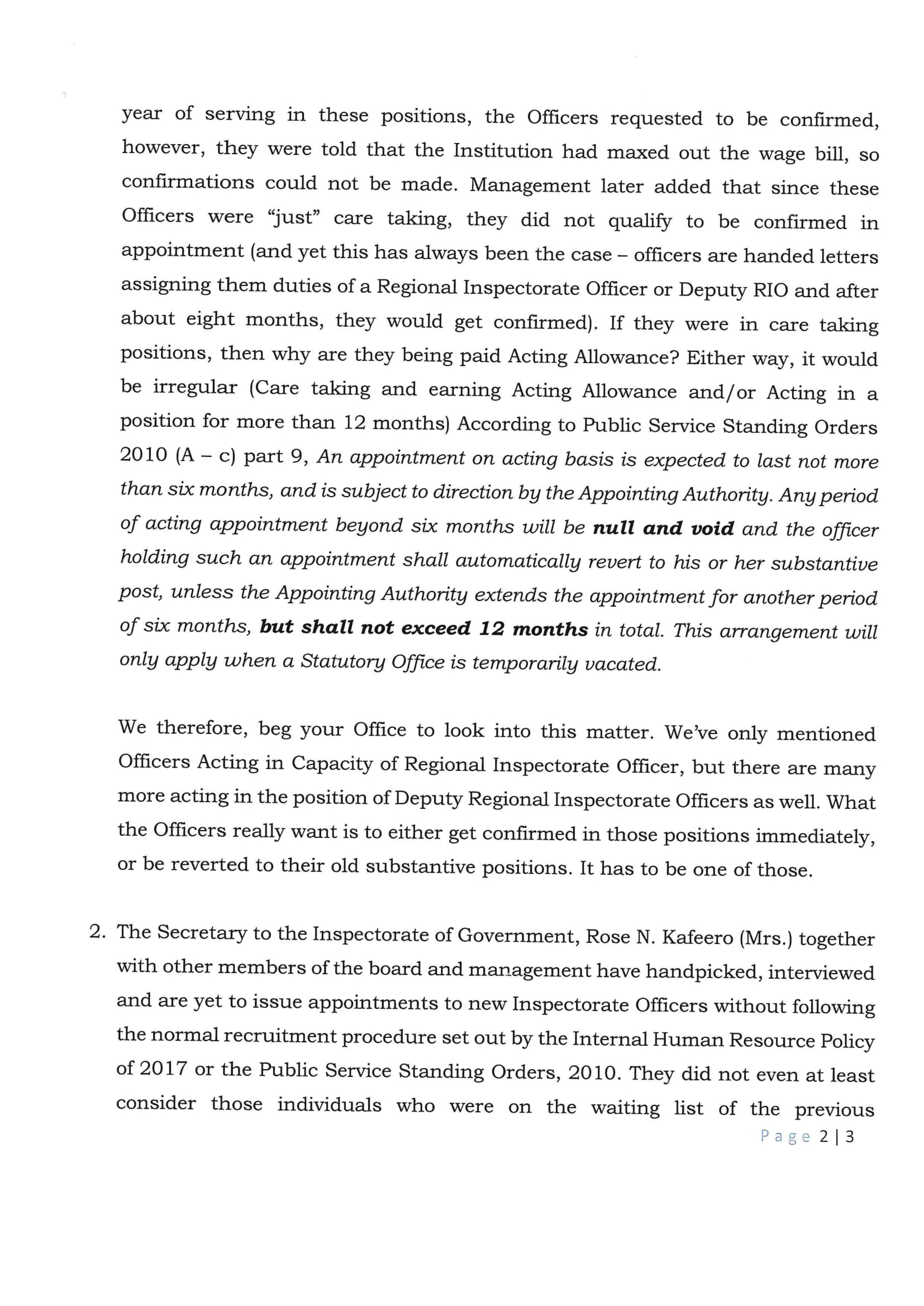 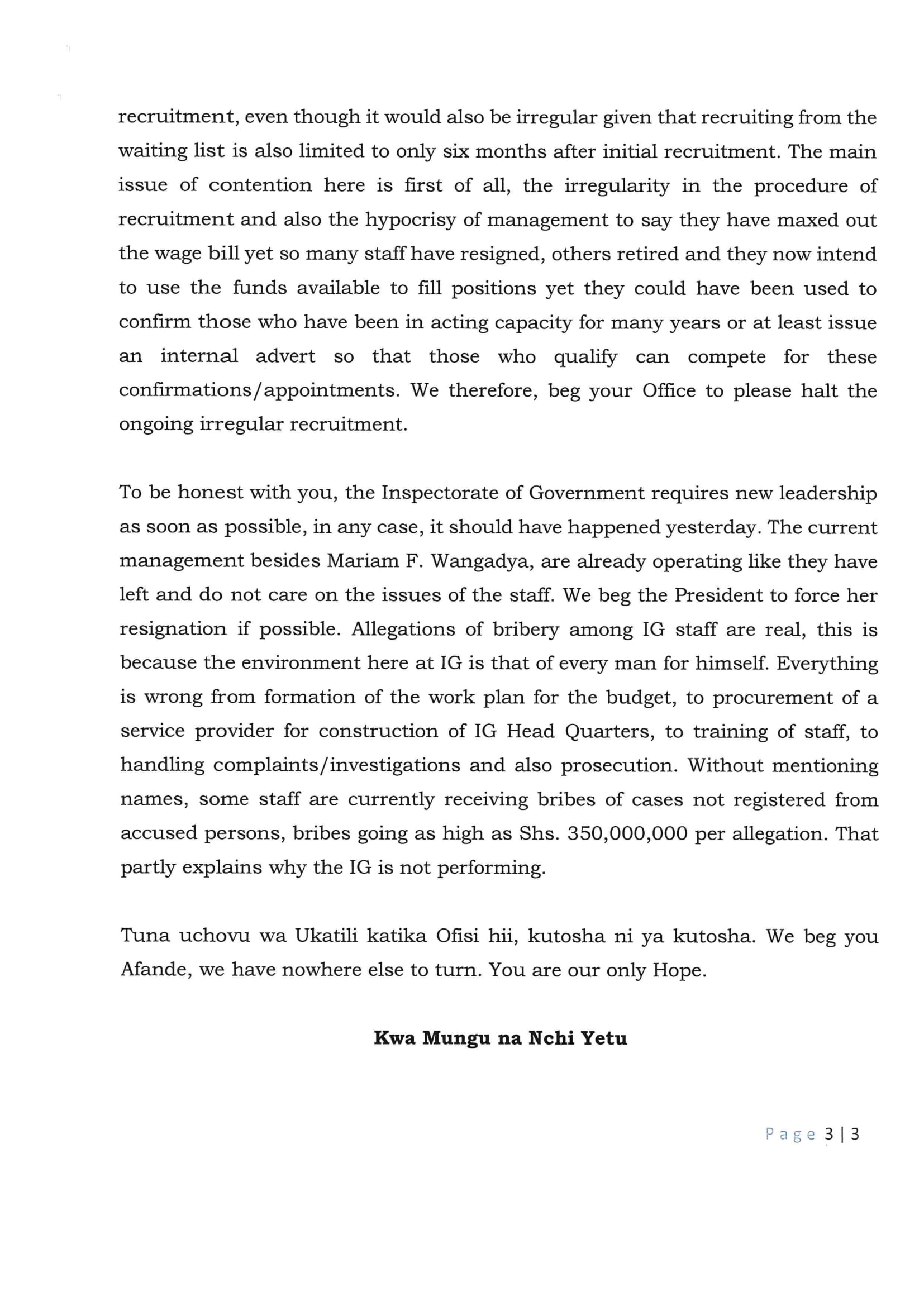 “The Inspectorate of Government requires new leadership as soon as possible. The current leadership besides Mariam Wangadya, are already operating like they have left and do not care about the issues of the staff. We beg the president to force her resignation if possible,” the petition says.

During the 2018 State of the Nation Address, President Yoweri Museveni hit at IGG Mulyagonja’s office for failing to fight corruption and subsequently, named a new three man’s committee headed by James Tweheyo to handle corruption-related cases…

“What happened to the IGG? Why don’t the victims of corruption report those incidents to the office of the IGG? That was the purpose of that office; to protect the public from corrupt officials; to protect the investors against corrupt officials. The IGG should reflect on this. Are her staff credible? Why does the public not trust that institution? We need answers,” Museveni said.