KYANIKA – Rwanda Defence Forces Chief of Defence Staff (CDS) Gen Patrick Nyamvumba has told communities on border with Uganda that all services they need are being delivered, and that more will come.

For the past one week, Rwanda military has been providing ‘specialised’ medical treatments to people in Burera district, which directly borders Kisoro district of Uganda.

The program is aimed at barring Rwandans from crossing to Uganda for services including health and food services.

In Burera alone, more than 800 have been treated of different ailments such as back problems, ear infections and sight problems.

Without mentioning names, Gen Nyamvumba said “I am aware that you have been seeking some services from neighbouring countries, which are going to be provided because you deserve them.”

He added: “All the services you have received [this week] are done in the interest of the people, because the torture people face [in neighboring countries] is of concern to us.”

“[This outreach program] is meant to ensure your welfare since good health is what gives you the energy to engage in productive activities.” 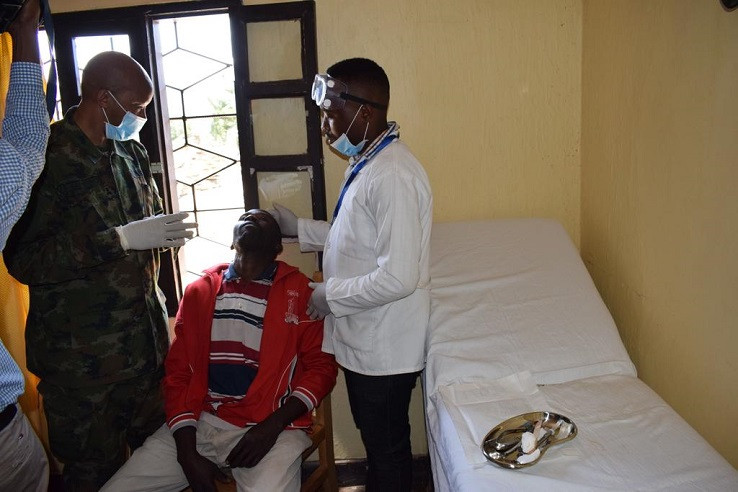 Uganda and Rwanda are in a standoff which escalated in February. Kigali accuses Kampala regime of what it has described as “three outstanding issues”.

They have been publicly outlined by President Paul Kagame as: support to individuals and groups including RNC of Kayumba Nyamwasa and “P5?? groups focused on fighting the Rwandan government; arresting, torturing and deporting Rwandans as well as economic sabotage.

As counter action, Rwanda stopped its nationals from traveling to Uganda – saying it cannot allow them to go there since it cannot guarantee their security.

At the same time, however, border communities had been depending so much on Uganda for medical care and food.

Muammar Gaddafi; the mixed legacy of one of Africa’s strongest men