Mr.  Museveni arrived at the airport in company of his wife Janet Museveni. 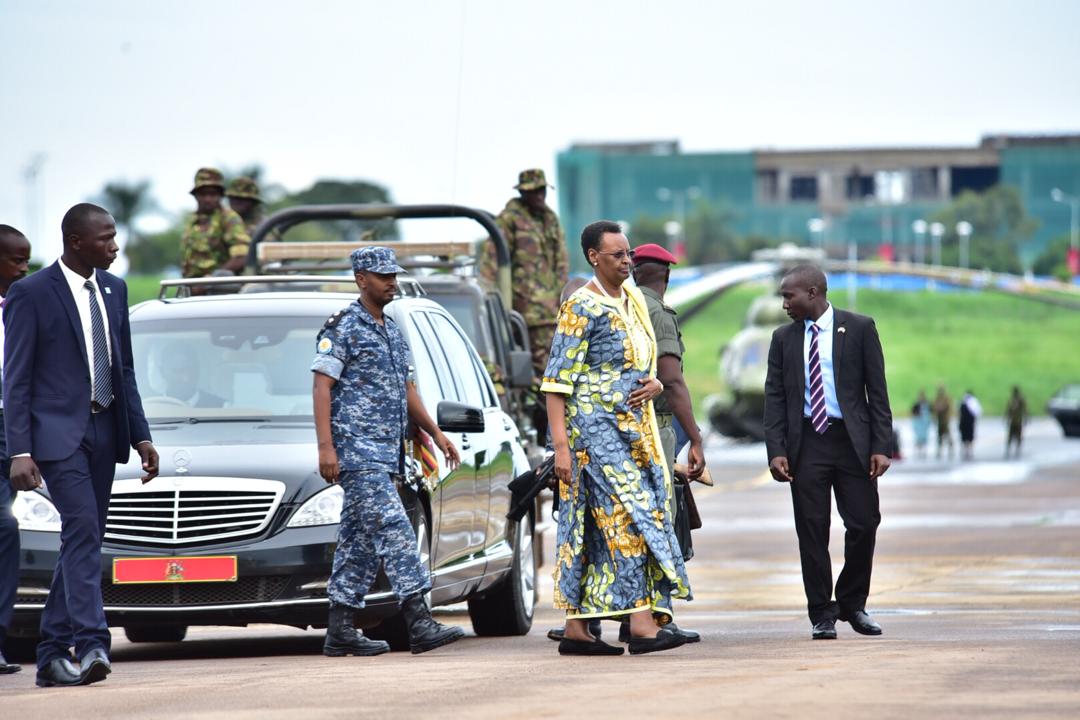 The first two of Uganda Airlines’ Bombardier CRJ900 will touch down at Entebbe International Airport.

This is a mandatory process and for it to be effected, physical presence of jets on land has to take place.

Government of Uganda recently requested Bombardier Commercial Aircraft, the manufacturer of both planes and trains to consider establishing a training and maintenance facility in Uganda.

The request was made by Works and Transport Minister, Monica Ntege Azuba as the company delivered the first two of four CRJ900 aircraft ordered by Uganda National Airlines Company in July 2018. 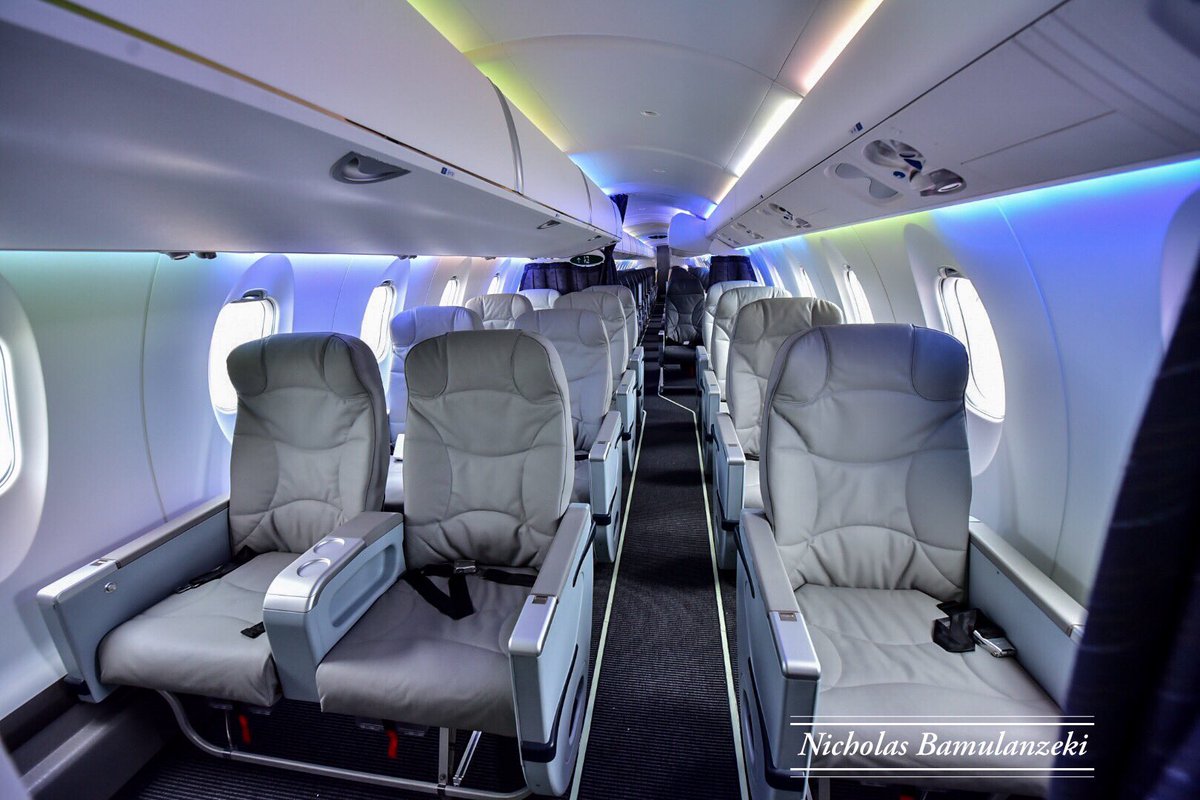 Minister Azuba who officially received the 2 CRJ900 aircraft on behalf of Uganda government asked the Canadian Commercial Aircraft to launch a training facility in Uganda, assuring them of full support from the government.

She told Mr. Fred Cromer, the President Bombardier Commercial Aircraft that the maintenance facility in Uganda will enhance Bombardier’s competitiveness in Africa.

“I also asked Bombardier to consider establishing a training [and] maintenance facility in Uganda to skill Ugandans and also enhance Bombardier’s competitiveness in Africa,” she said. 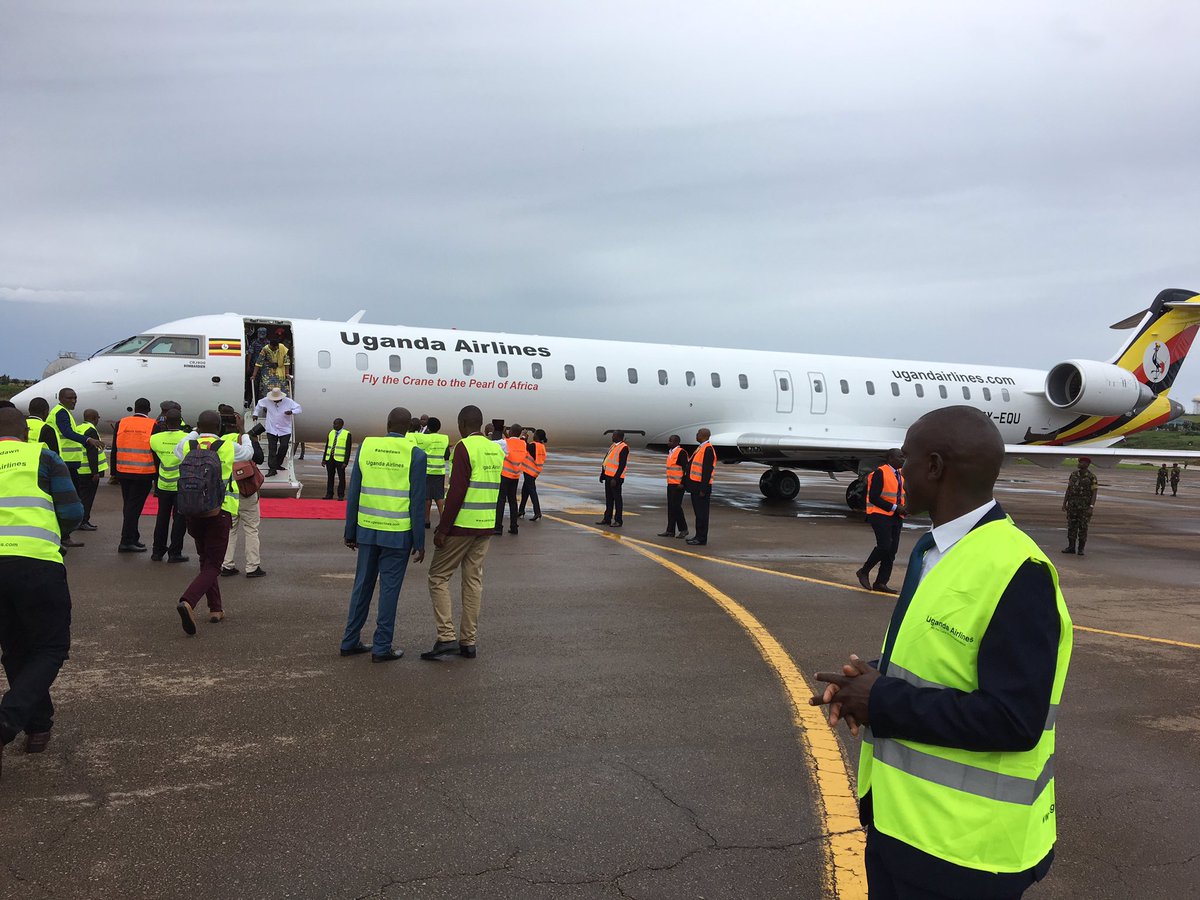 Mr. Cromer congratulated Uganda Airlines for taking delivery of their very first CRJ900 jetliner fitted with the ATMOSPHÈRE cabin in a dual-class configuration with 76 seats, including 12 first class seats.

He said that the CRJ Series is recognized for its superior economics and efficiency adding that he was confident that it will be the stepping stone for the development of Uganda’s regional air travel.

Relatedly, Entebbe International Airport has had a steady traffic growth of 7.9% annually.