KAMPALA – The fight against malaria has been boosted by launch of a new drug that has been touted as a solution to the resistant strain of the fever.

Developed by Shin Poong Pharm, a Korean company, the drug named pyramax was subjected to extensive trials and found to be effective against malaria since it stays in the body for a long time.

“The clinical trials have captured so far over 9000 people. The drug is very tolerable to most patients who took it. If you look at the studies specifically studies that we are comparing it those in the market in terms of clearing the parasite in the body that is causing malaria, it’s actually faster compared to the rest. In terms of clinical clearance of malaria where in the first day of taking it how do you feel, in the studies that we saw, pyramax did better,” Mr Okello said at the launch on Friday.

“We are adding a new tool in the fight against Malaria because the more tools we have the better we are. When this one beings to fail because every time according to drug use, every time a drug is used for a long time it does not matter whether it is for malaria or an antibiotic once it’s used for a long time there is a risk of resistance or the risk of the drug starting to fail,” Mr Okello added.

The drug comes in granules for oral suspension for children weighing five to 19 kilograms and tablets for adults. It is child-friendly, taken once a day and can be taken with or without meals.

The drug can work as a first line and second line to do re-treatment in case of failure.

Speaking at the launch of the drug, Dr Jimmy Opigo the program manager, National Malarial Control programme at the Ministry of Health, said the launch does not mean they are abandoning other options but rather adding on the available.

“We have learnt that 17 years have been invested in developing this product. It is in the interest of the malaria community to constantly develop alternatives. The mosquito parasites have constantly changed and therefore we need to develop new tools to match their ability to change,” Dr Opigo Said. 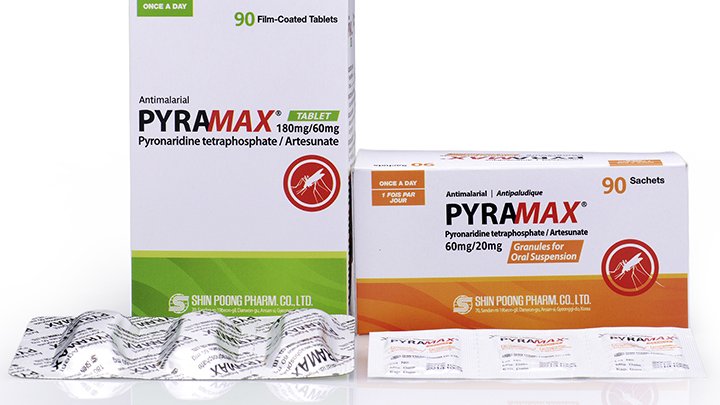 Dr Opigo added that as a program together with National Medical Stores have been able to look at the effectiveness and safety of the drug and has been registered in the country.

“We have made sure we have looked at the studies to check the effectiveness, safety and we have also made sure that the regulator whose mandate is to determine whether medicines can be used in this country cross-checked and registered this product in the country,” he added.

Malaria prevalence reduced markedly from 42% in 2009 to the current level of 19%. A 2013/2014 report by the parliamentary committee of health showed that 50% of deaths caused by malaria in Uganda are among children below five years.