According to statehouse, Mr. Museveni was invited by Mr. Emmerson Dambudzo Mnangagwa, the President of the Republic of Zimbabwe .

“I leave for a two days’ working visit to Zimbabwe on the invitation of H.E Emmerson Dambudzo Mnangagwa,” he twitted

While there, he added, “I will officiate at the 60th Zimbabwe International Trade Fair (ZITF) in Bulawayo on Friday.”

ZITF is a place where industry trends, ideas and innovative products are unveiled.

It also brings together a diverse audience to promote trade and investment in the country.

Mr. Museveni was seen off the old Entebbe Airport by on Thursday afternoon my key government officials including Ms. Esther Mbayo, the minister for presidency, Secretary to cabinet Mr. John Mitala among other officers. 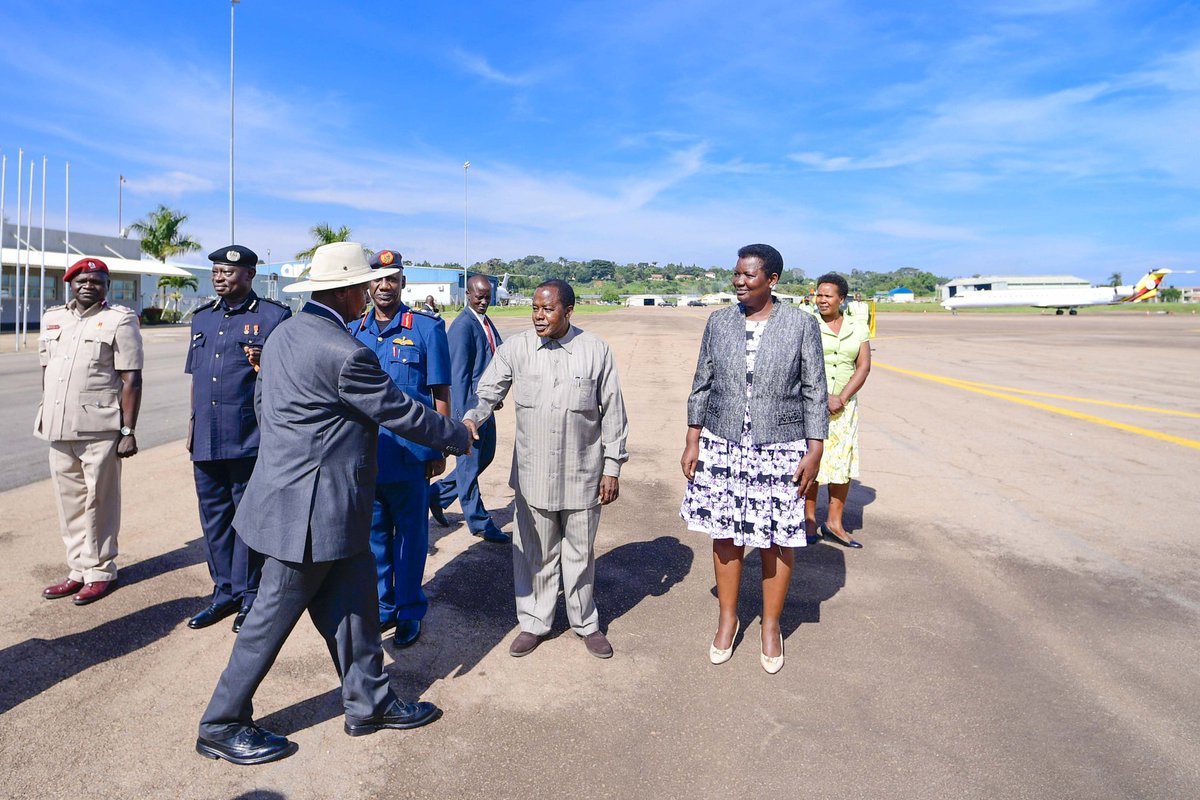 Meanwhile, Zimbabwe workers have warned of a nationwide strike if government does not address their demands for a living wage.

Many are struggling to survive on paltry salaries eroded by runaway inflation.

Fuel queues stretching for kilometers are now a permanent sight.

Museveni: It has been God from day one and He is happy with what I am doing