SOROTI – Voice of Teso radio, which belongs to Capt Mike Mukula, the NRM Vice chairperson Eastern Region, has been switched off by the Uganda Communications Commission (UCC) over failure to meet minimum broadcasting standards.

According to the UCC spokesperson, Mr Ibrahim K. Bbossa, Voice of Teso and five others have refused to comply with regulations such as paying their annual licence fees.

The others closed are Kyoga Veritas and Delta FM, which belong to Soroti Diocese, and Gold F.M, Impact F.M, Ebenezer F.M, Signal F.M and Time F.M, which are based in Mbale.

“The affected radio stations failed to pay their annual licence fees while others had technical issues contrary to the rules and regulations,” Mr Bbossa said.

He said UCC officials started the operation last week in Teso and Bugisu sub-regions to monitor and enforce compliance. 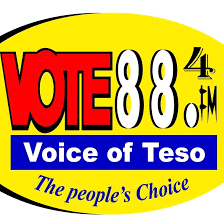 “They have been traversing to monitor compliance of the radio stations,” he said, adding that team is now heading to northern Uganda.

“This operation is a nationwide campaign to enforce all radio stations to be compliant in accordance with law,” he said.

According to the Commission’s spokesperson, Ms Pamela Ankunda, the closed radio stations were participating in promoting and advertising witchcraft content, aiding and abetting electronic fraud.

Article 41 (1 a &b) of the Uganda Communications Act, 2013, mandates the commission to suspend and revoke the operating license of any media house on the grounds of serious and repeated breach of the license conditions, and any fraud or intentional misrepresentation by the operator.

Ms Ankunda said the radio stations had been warned before the closure that they were operating below the minimum broadcasting standards as set by the UCC.