KAMPALA – As the world watches with betted breath over souring relations between Uganda and Rwanda, it was revealed this week that President Paul Kagame could be in Kampala in a matter of weeks, presenting an opportunity of face to face talks with his counterpart, President Museveni where the two principals court start efforts to settle the frosty simmering relations between the two neighbouring States.

According to information available, Mr Kagame is expected for inaugural two- day Africa Now Conference which is due to be held on March 12 and 13, 2019.

The Kampala Summit will be hosted by President Museveni, joined by other leaders like Tanzania’s Deputy President Samia Hassan Suluhu, Egypt’s President Fatta Al Sisi, Rwanda’s Kagame and South Africa’s Cyril Rwamaphosa, among the list of many other heads of state who have confirmed attendance.

It is understood that the diplomatic Corp of the two neighbours are looking to use the conference as an opportunity for the two principals to hold bilateral talks and initiate efforts to end the impasse over their relations.

The Rwanda Revenue Authority (RRA) however sought to mask the tensions and claimed that the cargo trucks from Uganda who were blocked from crossing into Rwanda at Kyanika border intended to pave the way for the upgrade of the one-stop border post, an explanation entirely dismissed by the Ugandan government spokesperson Mr Ofwono Opondo as false. The bickering continued into the weekend as the diplomat Corp on both sides engaged.

In the same week, it was indicated that the MTN Group Chief Executive Officer (CEO) Mr Shuter will also be in Uganda to meet Mr Museveni as the company woes with government deepen.

Mr Shuter is also among the key guests for the inaugural Africa Now Summit and will understandably discuss MTN Uganda’s future with Mr. Museveni, following accusations of illegal dealings and spying reports.

In the Mother of all fight of the Week, the Speaker of Parliament Rebecca Kadaga bashed the Inspector General of Government Lady Justice Irene Mulyagonja over her call for an ISO investigation on Members of Parliament.

Ms Mulyagonja, who received a whistleblower complaint of allegations of bribe-taking by MPs on Parliament’s Committee on Commissions, Statutory Authorities and State Enterprises (COSASE), who have just completed a groundbreaking investigation into Bank of Uganda and it’s senior officials over controversial closure of seven banks including Crane Bank Ltd owned by city tycoon Sudhir Rupareria, sought to pass it to the lnternal Security Organisation for investigation.

But Ms. Kadaga on Thursday afternoon, opened the session of Parliament’s Plenary Sitting by letting fly a terse reply to Justice Mulyagonja’s to ISO Director General Col. Kaka Bagyenda, labelling l it an attack on the House before directing an inquiry into the IGG’s conduct.

Reasoning that the IGG was an officer of “this House” and therefore cannot casually direct ISO to investigate MPs, an incensed Kadaga then ordered for an inquiry for contempt of Parliament on Justice Mulyagonja, to be conducted by Parliament’s Standing Committee on Rules and Privileges.

In other news, Miss Curvy organiser has been invited to Makerere to defend her controversial beauty pageant as part of activities to mark the International Women’s Day at the university.

Ms Anne Mungoma will be one of the discussants at the two-day Gender Identity Week dialogues whereby Miss Curvy has been identified as one of the topical issues to be interrogated under the controversial subject of “commoditization of the female body”. 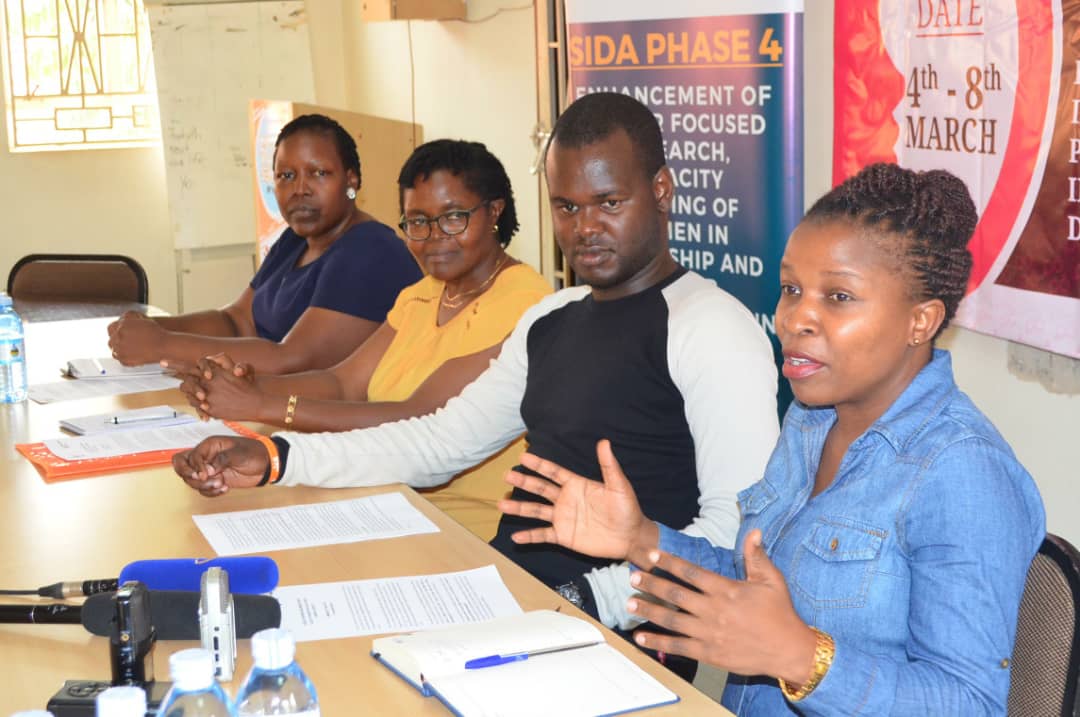 Ms. Mungoma will be joined by other prominent women including Prof Christine Dranzao the vice chancellor of MUNI University in Arua, Ms Ruth Ojambo-Ochieng, Ms Harriet Anena an award-winning author, Dr Euzobia Baine, among others, who will among other topical issue interrogate the representation of Ugandan women in the society.