Archbishop Bianco, the titular Archbishop of Falerone has until his appointment been the Apostolic Nuncio to Ethiopia, overseeing Djibouti and also in charge of Somalia. He was formerly Nuncio to Honduras.

He takes over from American Archbishop Micheal August Blume who at the turn of the year, was named the Nuncio to Hungary on transfer. 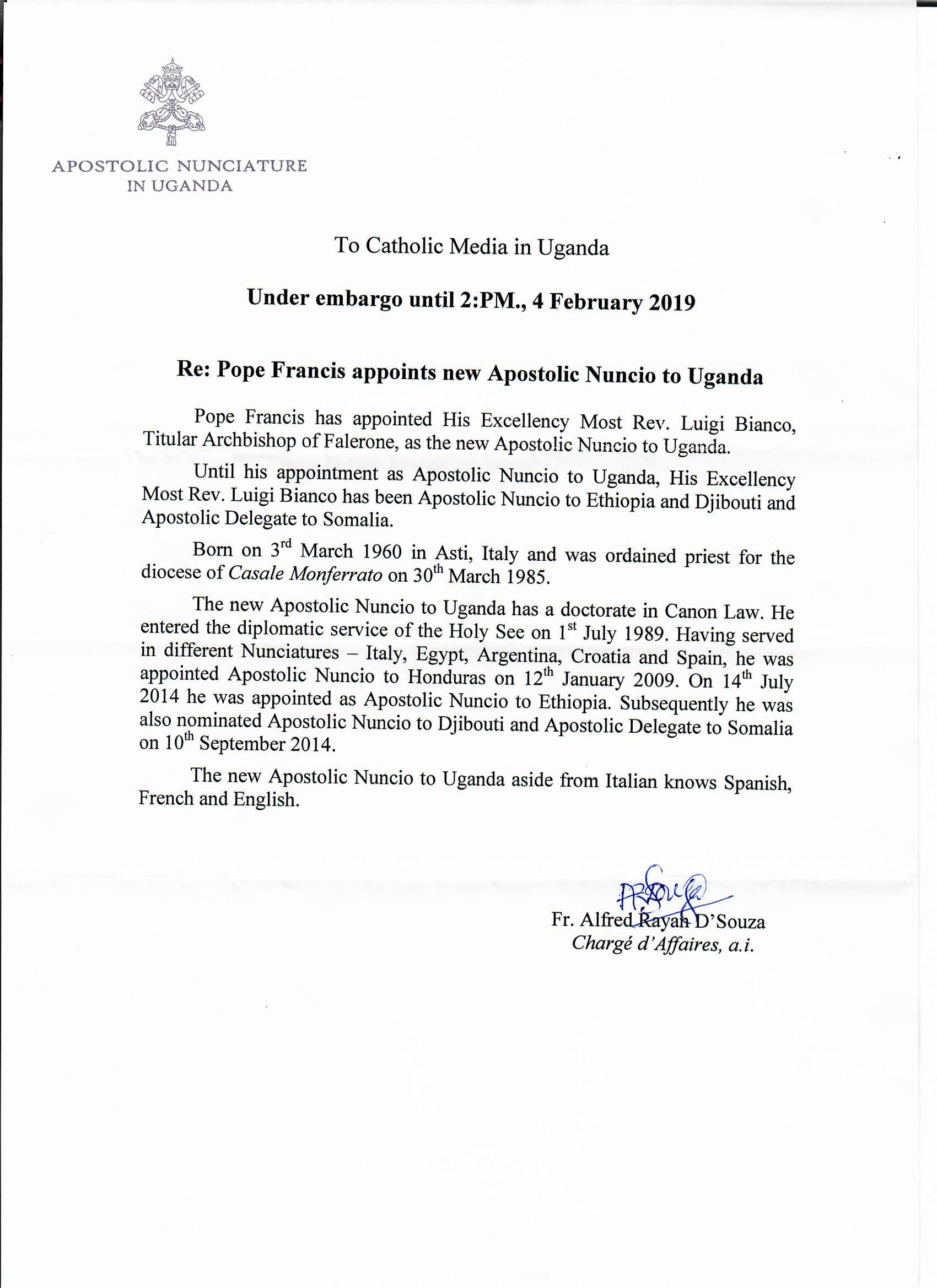 Archbishop Luigi Bianco was born on 3rd March 1960 in Montemagno Italy and was ordained a priest in March 1985.

Apart from his native Italian, Archbishop Luigi Bianco is a fluent speaker of Spanish, English and Croatian languages.

COVID-19 CRISIS: Twaweza partners with Fun Factory to create awareness of the virus

Entebbe airport will also reopen to other business people, not only tourists, says govt