President Museveni on Wednesday left for the United Kingdom to attend the 25th Commonwealth Heads of Government Meeting (CHOGM) which started on Monday. 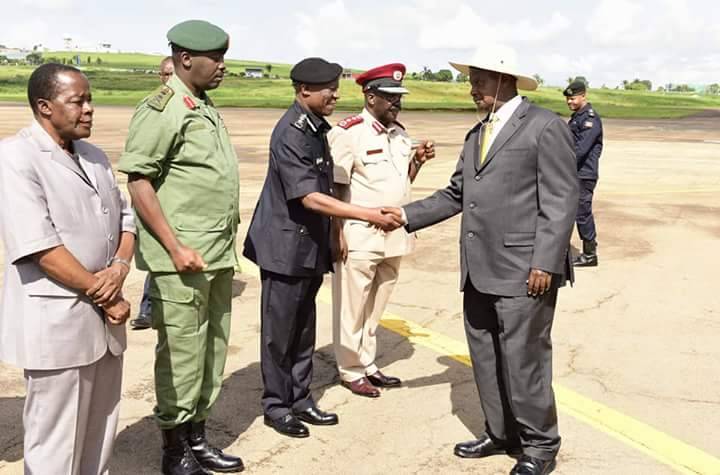 The Commonwealth Heads of Government Meeting is taking place in London and Windsor from 16 to 20 April. The summit was originally to be hosted by Vanuatu at the end of 2017 but was moved to the United Kingdom as Vanuatu was no longer able to host the event due to the damage done by Cyclone Pam to the island nation’s infrastructure.

The Commonwealth is a diverse community of 53 nations that work together to promote prosperity, democracy and peace. This Commonwealth Heads of Government Meeting (CHOGM) brings together leaders from all the member countries in London and Windsor.

The summit’s theme is: ‘Towards a common future’. It aims to build links between countries to offer young people access to knowledge and skills; and give them a voice on key issues such as democracy, human rights and the rule of law.

On Monday, the Duke of Cambridge, Prince William welcomed Commonwealth delegates to the summit by telling them they were part of the “mother of all networks”.

Speaking at the Queen Elizabeth II Conference Centre in central London, he said: “The Commonwealth has rightly been described as ‘the mother of all networks’. There is no other organisation on earth that marries politics with the civil society and the networks that the Forums represent.

“And you are just the tip of the iceberg: there is a huge number of organisations representing every profession and walk of life who network across the Commonwealth scientists, archivists, activists, medics, museums, universities, commerce I could go on.