Unclear laws cause of illegal abortions in Uganda, activists say 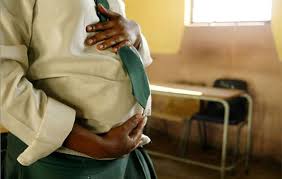 KAMPALA. Under the laws of Uganda, abortion is permitted if it is being carried out to preserve the life or mental and physical health of a woman or in cases of sexual assault. These notwithstanding, many people, including health care professionals, are under the impression that abortion is illegal.

“The content and scope of Uganda’s abortion laws needs to be clarified and publicised for health care providers to be able to provide the critical reproductive health services that are every woman’s fundamental human right,” said Mr Mulumba.

While speaking to PML Daily on March 12 on the abortion laws and policies in Uganda Mr Mulumba said unsafe abortion is one of the most easily preventable causes of maternal mortality but that because of confusing laws, it still remains the biggest cause of maternal deaths in the country.

He adds that the Constitution of Uganda provides in Article 22(2) that “No person has the right to terminate the life of an unborn child except as may be authorised by law but that 22  years later, the law is yet to be enacted to operationalize this Constitutional provision.

According to Mr Mulumba, the country continues to rely on the colonial-era Penal Code Act, whose provisions on the legally permissible grounds for termination of pregnancy are vague and poorly understood, severely limiting access to safe, legal abortion and post-abortion care services and contributing to a high number of deaths and injuries from unsafe abortion.

He urges government to broaden access to information among health care professionals and the public at large as the only way to ensure the safe provision of reproductive health care, and stop unsafe abortion from killing and disabling women in Uganda.

Dr Charles Kiggundu, a senior gynecologist and obstetrician at Mulago hospital says Uganda records 1,500 deaths from unsafe abortions daily and that the consequences of unsafe abortions cost the country about Shs7.5 billion annually.

Dr Kiggundu said this may not be the indicative of the actual rate “as abortion is commonly hidden in haemorrhage and sepsis figures due to stigma’.

“And the best we can do is help people get access to information among health care professionals to help save women who get complications while carrying out illegal abortions. They come with infections and punctured uteri every day,” said Dr Kiggundu.

Ms Sarah Opendi, the state minister for Health says the ministry has released a post-abortion management policy, detailing the circumstances under which medical workers can perform abortions, in hospitals.

Ms Opendi said the new policy is intended to provide for a comprehensive management of post abortion complications and that with the new policy, the ministry is sure of reducing the deaths caused by unsafe abortions done with the help of untrained professionals.

What the Ugandan law says
In Uganda, termination of pregnancy is prohibited but is permitted only under circumstances intended to preserve life, mental and physical health of a pregnant woman but many medical personnel are not aware of this exception. Some of the scenarios under which abortion is allowed under the provisions above include; when a woman is raped, when the child she is carrying was as a result of incest, when the health of the mother and the unborn child is in danger.