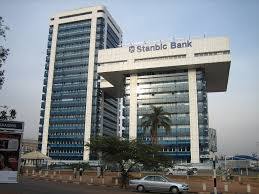 Anne Ntimba, a state attorney has been dragged to court for failing  to refund Shs76m which was exhibit in a robbery case reported Stanbic Bank Uganda Ltd.

According to Stanbic Bank, Ms Ntimba was given the money to exhibit in  court, which she did not do but instead retained the money. Ms Ntimba was sued alongside the Attorney General.

“The plaintiff’s (bank) claim against the defendants jointly is for the recovery of Shs76m as money had and received, interest thereon at 24 percent per annum calculated from March 2013 until payment in full and costs of this suit,” reads in part the bank’s claim.

In the robbery case that Ms Ntimba was prosecuting, John Paul Semyalo and Christopher Wamai in March 2013, attempted to steal Shs76m from the bank’s Ntinda branch in Kampala, which attempt was foiled.

A case of theft was reported to the Uganda Police Force and as part of its investigative process, the said money was taken into police custody. However, the chief magistrate’s court at Nakawa proceeded to determine the matter and acquitted both accused persons.

Documents further indicate that in June 2017, the exhibit money was handed to Ms Ntimba who was the resident state attorney with the intention that the money be exhibited in court.

When the bank, through its lawyers, wrote to Ms Ntimba in September 2017 requesting her to forward the said money, she said she had given it back to a policeofficer Mr Peter Byaruhanga, who duly signed a receipt.

“We wrote a letter again on October 2017 requesting Ms Ntimba to avail proof of her releasing the said money to the officer, but she has to this date still refused to do so,” claims the bank.

The bank also claims that it wrote to the Director of Public Prosecutions bringing its claim to their attention and requesting the office to direct Ms Ntimba to hand back the said money, however no response was ever received to this date.

Court documents indicate that the bank wrote to the commander special investigations division of police, seeking to establish whether the said Byaruhanga was their officer but it was indicated there was no person under that name.