“The deployments are with a view to attaining more efficient delivery of judiciary services,” Mr Bamwine said.

Justice Bamwine has also deployed all the recently-appointed judges and the changes in the management take immediate effect.

He, however, said the changes are subject to the usual completion of partly-heard cases in advanced stages at the current station and timely delivery pending judgments and rulings.

In other changes, Lady justice Margaret Oumo-Oguli moves to the International Crimes division as deputy head.

Among those remaining in their positions are, Lawrence Gidudu, who remains the head of the Anti-Corruption Court, deputised by Justice Margeret Tibuya.

At the International Crimes Court, Justice Moses Mukiibi will remain the head while Henrietta Wolayo remains deputy head of the civil division. 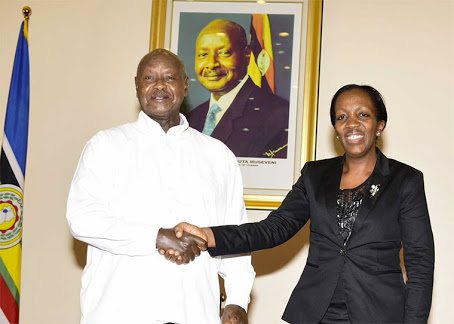 Last Friday, after judges took oath, President Yoweri Museveni urged them to be fair in their decisions.

He reminded them that the population has to first trust them and have confidence in them.

“So that when they come to you, they expect their cases to be decided fairly and without corruption,” he advised.

Also Katureebe reminded the judges to always uphold the oath of allegiance and judicial oath while making their decisions.